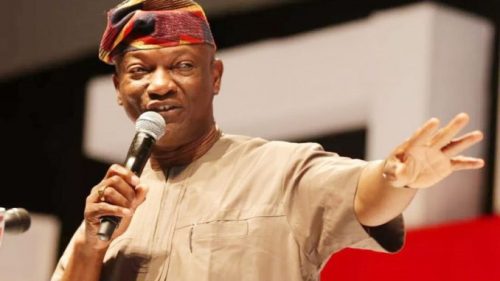 Former Minister of Aviation Femi Fani-Kayode has disclosed that the PDP’s governorship candidate in Lagos State, Jimi Agbaje, has denied joining the All Progressives Congress (APC).

“First, it was Musiliu Obanikoro, then Iyiola Omisore, then Gbenga Daniel and now Jimi Agbaje. All my closest friends and brothers are abandoning ship and leaving PDP Ouch!” he wrote.

However, Fani-Kayode took to Twitter to reveal that the duo has denied joining the ruling APC.

Fani-Kayode wrote: “I just received a call from my brother Jimi Agbaje.

“He assured me that he has NOT left PDP and that the media reports were false.

“My brother Gbenga Daniel also reached me and assured me that though he has left PDP he has NOT joined APC.