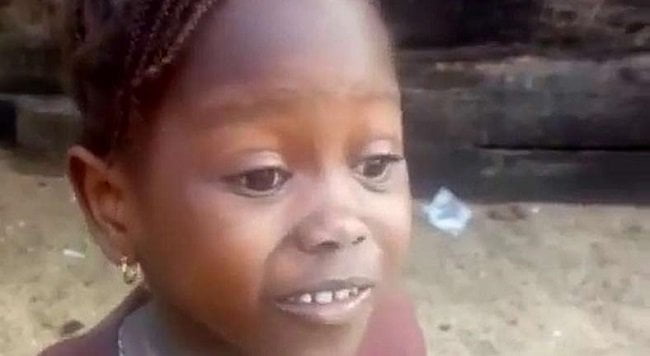 This follows a viral video that shows a schoolgirl, Success Adebor, indifferent over incessant flogging at school for her parents’ inability to pay her second term examination fees. A video which cracked up social media users, Naija News reports.

The state Commissioner for Education, Mr Chiedu Ebie, who confirmed the suspension of the head teacher, had visited the school to verify the claims in the video.

According to him, the Governor Ifeanyi Okowa administration would not tolerate any form of extortion by state officials.

Ebie, who was accompanied on the visit by the Chairman, Sapele Local Government Area of the state, Chief Eugene Inoaghan, a former state Commissioner for Housing, Chief Paulinus Akpeki, and other top officials of the ministry, however, ordered a detailed investigation into the action of the suspended head teacher.

READ ALSO  After Denying Davido, Primate Ayodele Reveals Musician That Will Sing At His Birthday

He lamented that the Okowa administration had been taking a strong stand against illegal collection and extortion of pupils by school heads both at the primary and secondary levels, saying that appropriate sanction would be meted out to Igbigwe at the end of the investigation.

The commissioner, who did not state the duration of the detailed investigation, ordered the most senior teacher in the school to head the school in an acting capacity.

Speaking with journalists after interrogating the head teacher, Ebie said, “There is right to fair hearing. So, what will happen is that a detailed investigation would be set up to look into the issue in details.

“Like I did say, I conducted a preliminary investigation but in the interim we have to suspend her (Mrs Igbigwe) as the head teacher of this school pending the outcome of the investigation.

“That suspension will take effect as from today (Monday). Obviously, there are contradictions in her story because everybody was there when they talked about school fees. It was obvious that Success was sent home because of her inability or her parents to pay the supposed fees which is not in any way part of the 2018/2019 levies.”

The Commissioner, who emphasised that “education at the primary and secondary school levels in the state remains free,” warned that the government would not hesitate to punish any official that violated the policy.

“Education at the basic level is free. However, it is not unusual that levies are imposed. Even at the unity schools, we have levies but these levies must be for specific purposes and must also be very minimal for the children or their guardians can afford.

“First of all, you need to take into consideration that we are not just dealing with one school. In Delta State, we have 1,125 public primary schools; we have 465 public secondary schools and six technical colleges. It is not humanly possible to attend to all of them at the same time. What we do is that we deal with them in phases,” the commissioner added.

Ebie, however, maintained that the state government had awarded the contract for the upgrade of the school before Success’ viral video gone out. He assured the people that the project would be given urgent attention before the resumption of next term.