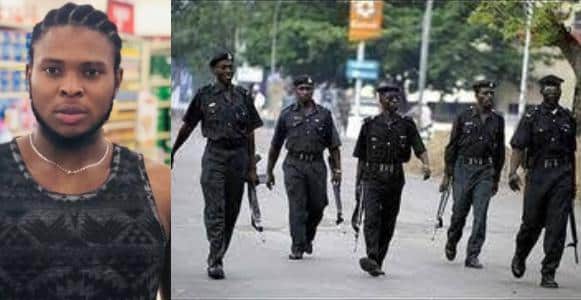 A middle-aged Nigerian man has decried the alleged brutality of some officers of the Nigerian Police.

The man identified simply as DiceyPrince said he was brutalized by the police operatives in Umuahia, under the Abia State Police command.

Naija News reports that DiceyPrince alleged that he was brutalized by the police in the command in the Cause of the officers interrogating him.

He alleged that as part of what he described as a wicked act of the officers, the police operatives inserted broomsticks into his manhood which has made him bleed through his private part for days.

DiceyPrince who shared the horrible incident via his Twitter handle said in his Tweet; “These guys are ruthless and heartless; they are brutal and do not deserve good things. These guys put a broomstick in my peehole in zone 9, Umuahia as a way of interrogation. I peed blood for days.?”, he tweeted