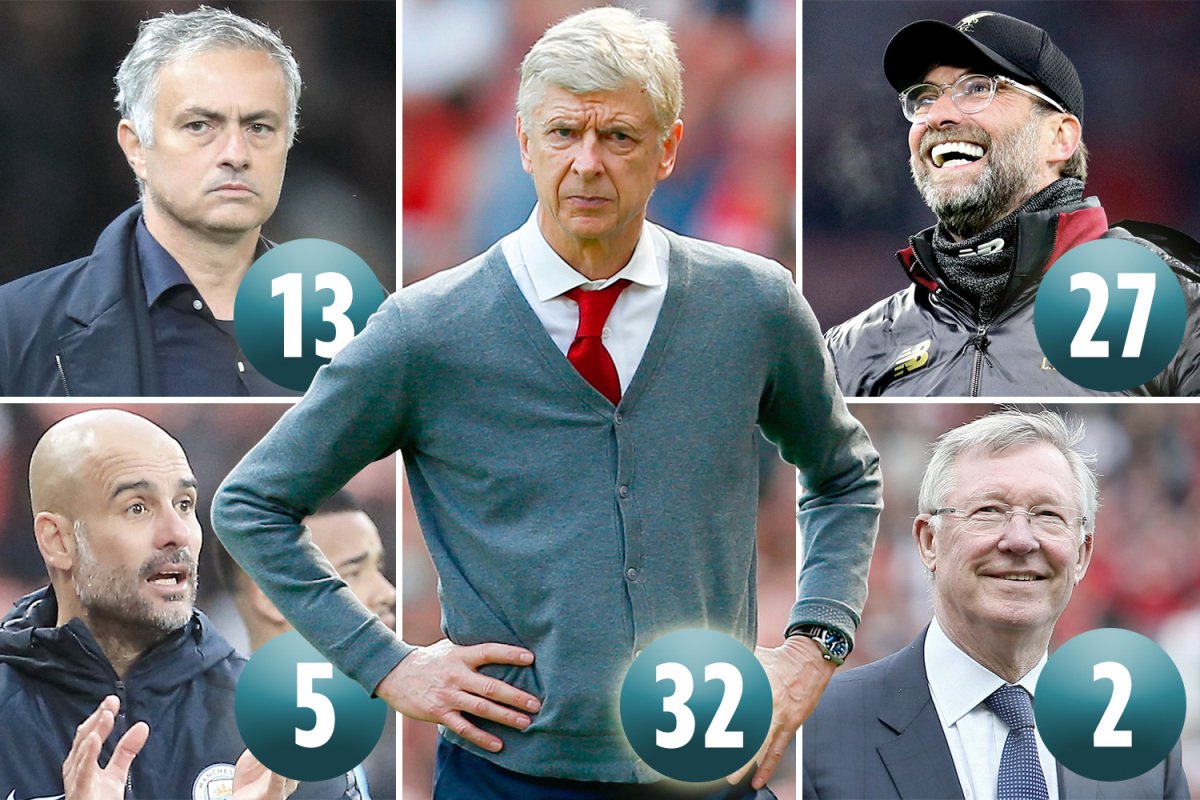 The top spot went to legendary Dutchman, Rinus Michels, who is credited with creating ‘Total Football’.

Michels, who died in 2005, took the crown following a 32-year managerial career that saw him win the European Cup with Ajax, La Liga with Barcelona and the European Championship with Holland in 1988.

But it was Arsene Wenger’s exemption from the top 30 caused the biggest stir on social media.

But he was named five places behind Liverpool boss Jurgen Klopp – who came in at 27th behind Bob Paisley.

Guardiola came in at fifth with Johan Cruyff at fourth and Arrigo Sacchi ahead of them both in third place. 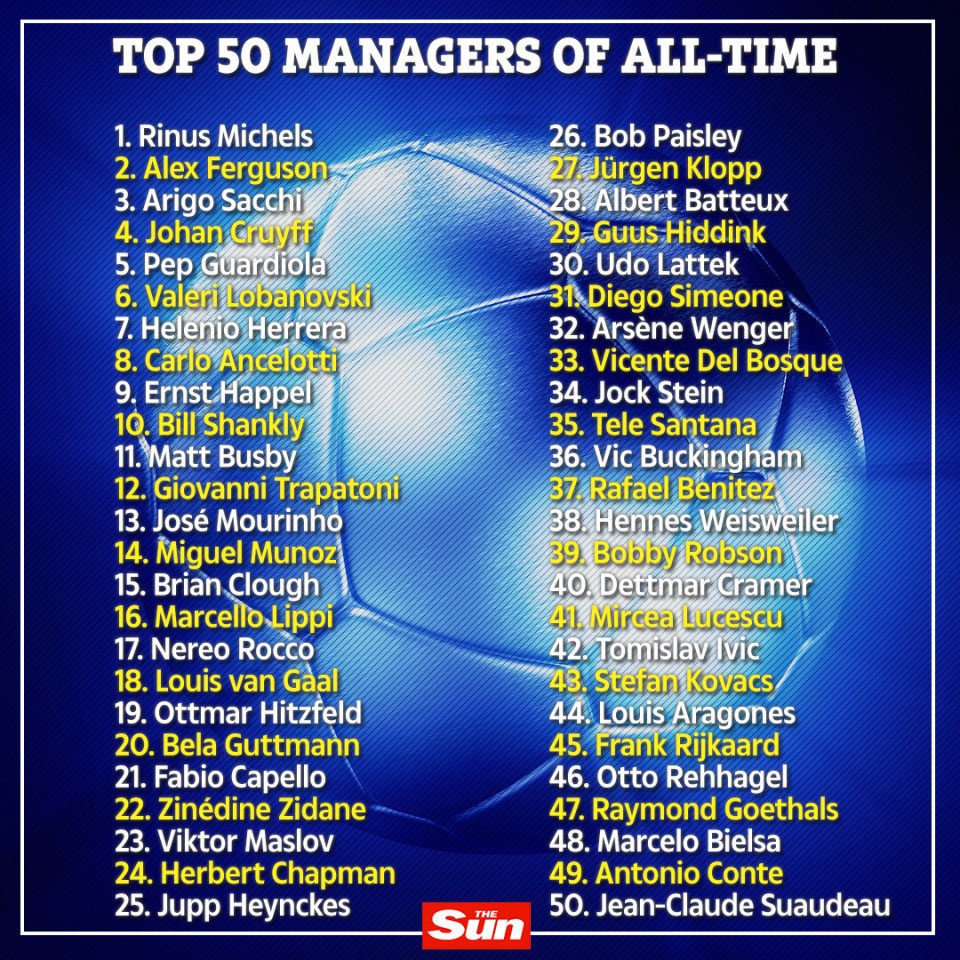