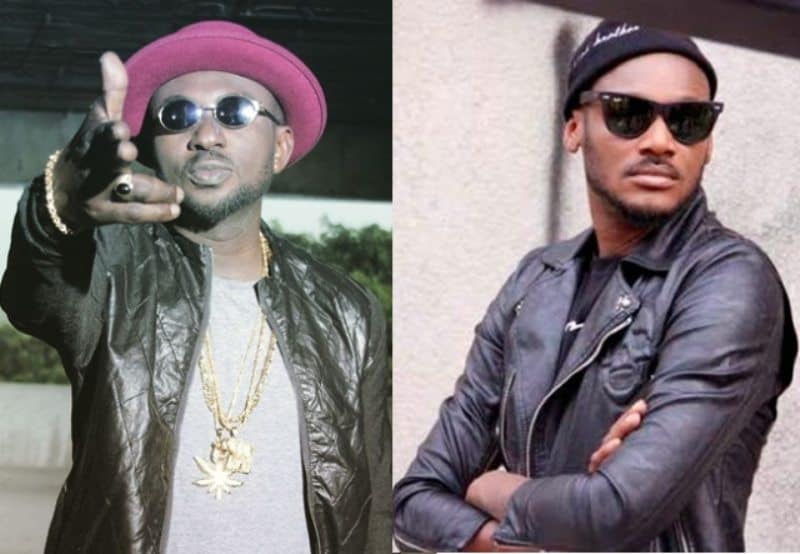 The lyric of the song released by Blackface is filled with direct shots at his former friend and band member 2face.

Since the breakup of Nigeria’s most prominent boy group ‘Plantashun Boiz’, Blackface and 2face have been engaged in one of the longest-running feuds that the industry has ever witnessed.

From claims of copyright theft to allegations of blocking his music’ Africa Queen’, Blackface has been quite vocal with how he feels about 2Baba.

With several lawsuits filed by both parties and on his latest release, he has finally decided that it is the right time to put it on wax including subliminal at 2Baba’s manager, Efe Omorogbe.

In the song `War’ produced by Eden, Blackface talked about 2baba stealing his song, blocking all his (Blackface’s) shows together with 2face’s manager.

Blackface also exposed some alleged dirty dealings in the song.

In the song he alleges that 2face (2baba) is gay, steals songs, steals shows among other things.

“Why you steal my song you no let me know, na you and your manager wey dey block my show from every carnival; Your mama say you’re Innocent, but I know say you be cannibal.”