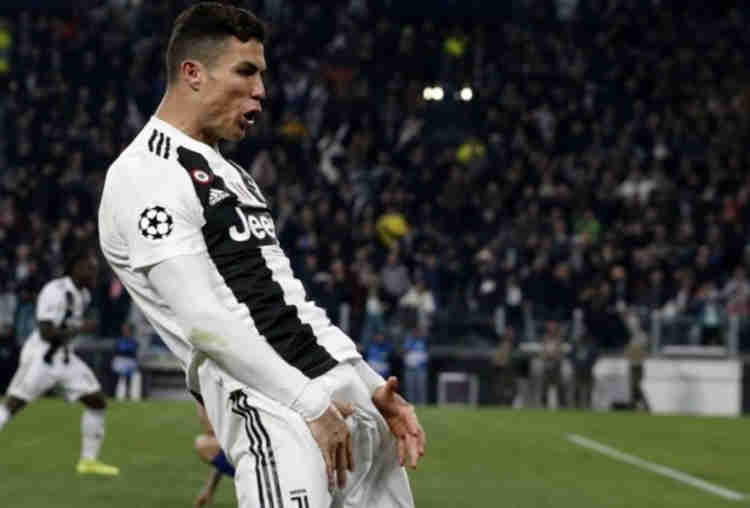 Uefa has charged Juventus forward Cristiano Ronaldo with improper conduct over his ‘cojones’ celebration against Atletico Madrid, with the Old Lady now waiting to discover whether the Portuguese will be sanctioned.

The former Real Madrid forward has become the subject of a disciplinary investigation by European football’s governing body.

That is because he is considered to have acted out of line during a Champions League last-16 encounter in Turin.

The Portuguese netted a stunning hat-trick against Atletico to overturn a two-goal first leg deficit and fire Juve into the quarter-finals.

They are due to face Ajax at that stage, with the Eredivisie outfit having stunned Real Madrid – the winners from the last three seasons – to prolong their continental adventure.

It now remains to be seen whether Ronaldo will play a leading role for Juve in a last-eight clash with Dutch opposition.

Uefa have taken a dim view on his reaction to helping the Bianconeri past Atletico.

Having starred in a remarkable turnaround for the Serie A title holders, Ronaldo mimicked the crotch-grabbing celebration which saw Rojiblancos boss Diego Simeone generate headlines during an initial meeting between the two heavyweight outfits.

The Argentine avoided a ban for his antics but was handed a fined.

Ronaldo is now waiting to discover what, if any, action will be taken against him.

A statement released by Uefa confirming the charge of improper conduct against Ronaldo read: “Following a disciplinary investigation conducted by a Uefa Ethics and Disciplinary Inspector, in accordance with the Article 55 of the Uefa Disciplinary Regulations (DR), disciplinary proceedings have been opened following the Uefa Champions League round of 16 match between Juventus Football Club and Club Atlético de Madrid, played on 12 March in Italy.”