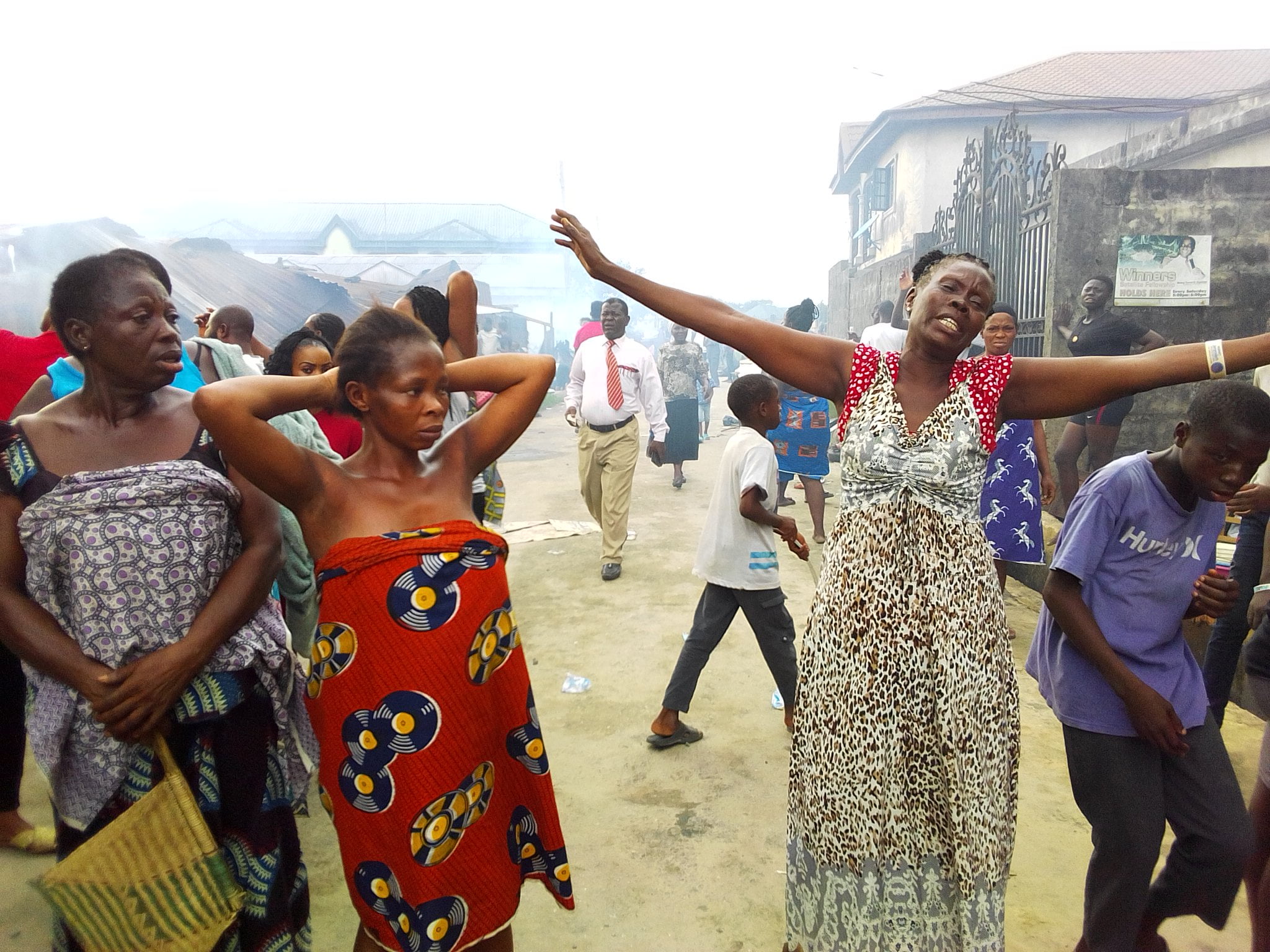 More than twenty families in Delta State have been rendered homeless after a fire outbreak.

The fire outbreak was caused by an explosion of cooking gas cylinder in Opi Street by fish pond in Ugboroke community, Uvwie Local Government Area of the state.

According to report into the incident, the fire outbreak occurred at about 3 pm and razed down a makeshift building housing the families affected.

A further report revealed that nobody died or sustained injuries from the incident which caused serious tension in the environs.

The fire was quenched from spreading following a prompt intervention of the Delta State Fire Service.

An eyewitness who spoke on the incident stated that the cooking gas cylinder exploded when the girlfriend of one of the tenants in the compound was preparing a meal, unaware that the cylinder was leaking.

“Before the girl came out from the house, everywhere was on fire. Her boyfriend asked her to lock up and they ran away. By this time, some of the tenants are still in church.”

A woman identified as Enohor Obukevwo stated that, “I don’t know how the fire started. I lost everything to the fire. Only this wrapper you see on my chest is what I came out with. Mr. Governor, please help us. Come to our rescue.”

Barrack Odjere while narrating his side of the incident said, he just returned from church when he met the inferno.

“All my properties are burnt to ashes. I have no place to stay now with my family. I want the Government to come and help us because we are homeless.”

Mama Israel, said, “I sweep church before I enter in the morning. Everything for house burn finish. The only thing I manage to rescue is this small bible I came back from church with.”

The victims of the fire outbreak called on the Governor of the state, Ifeanyi Okowa to help them out.

A pregnant woman carrying a baby, Rose Anthony (victim), said she only came out from the incident with the wrapper on her body. “Government should help me with accommodation and settle me,” she said. 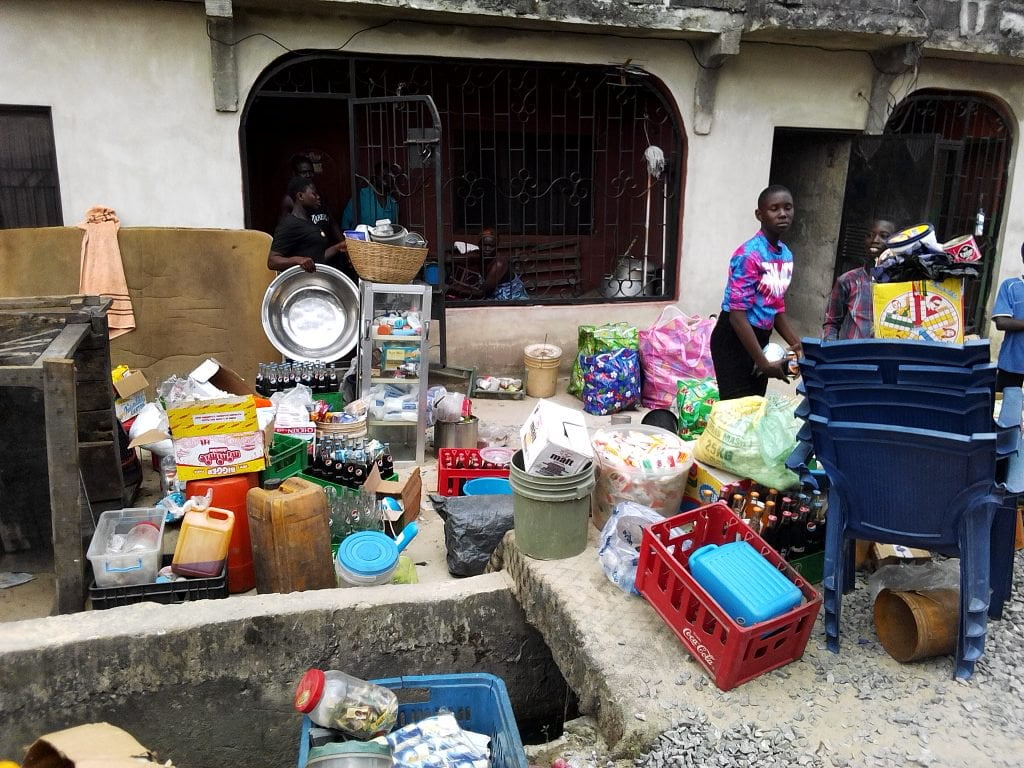 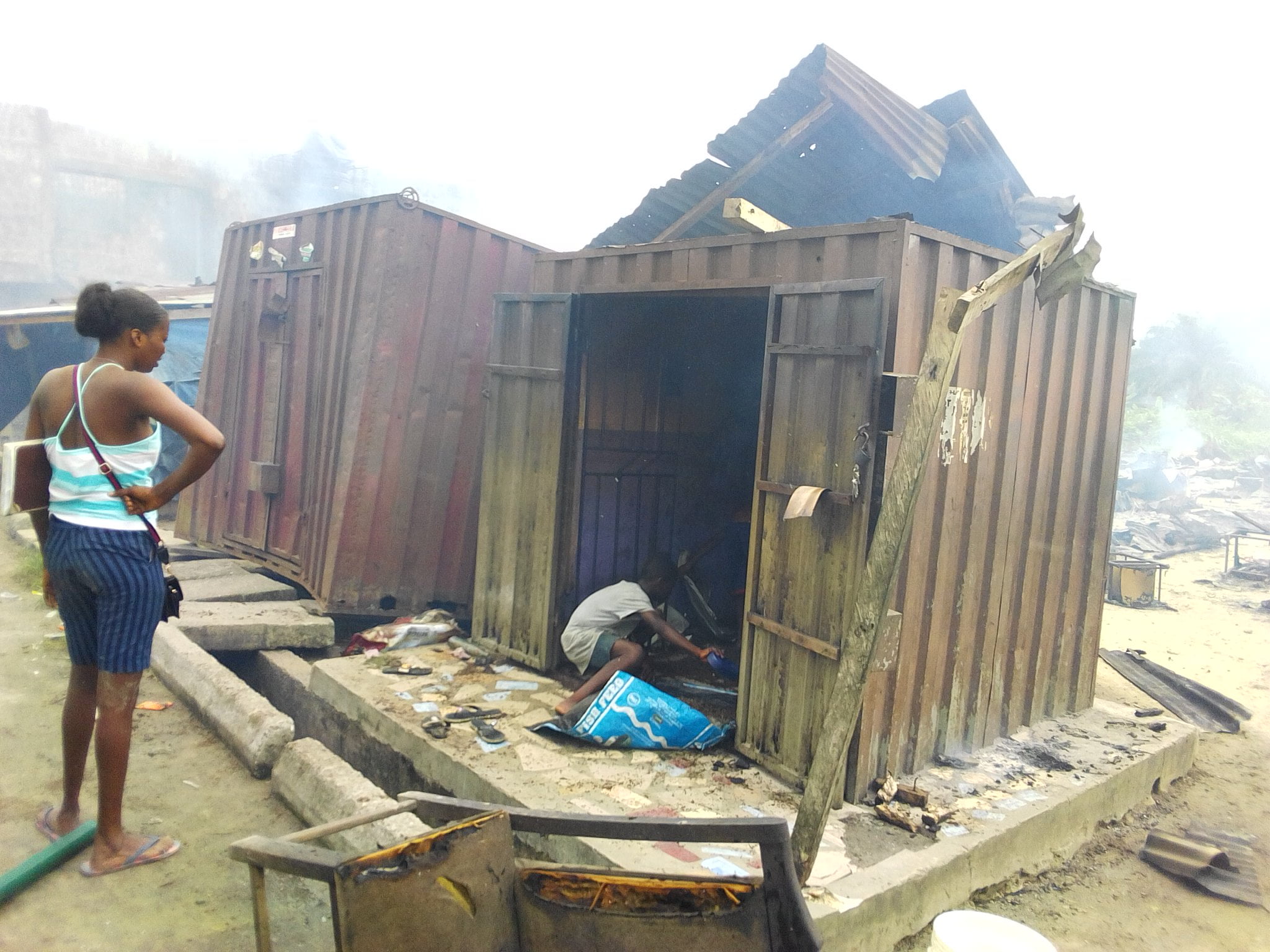 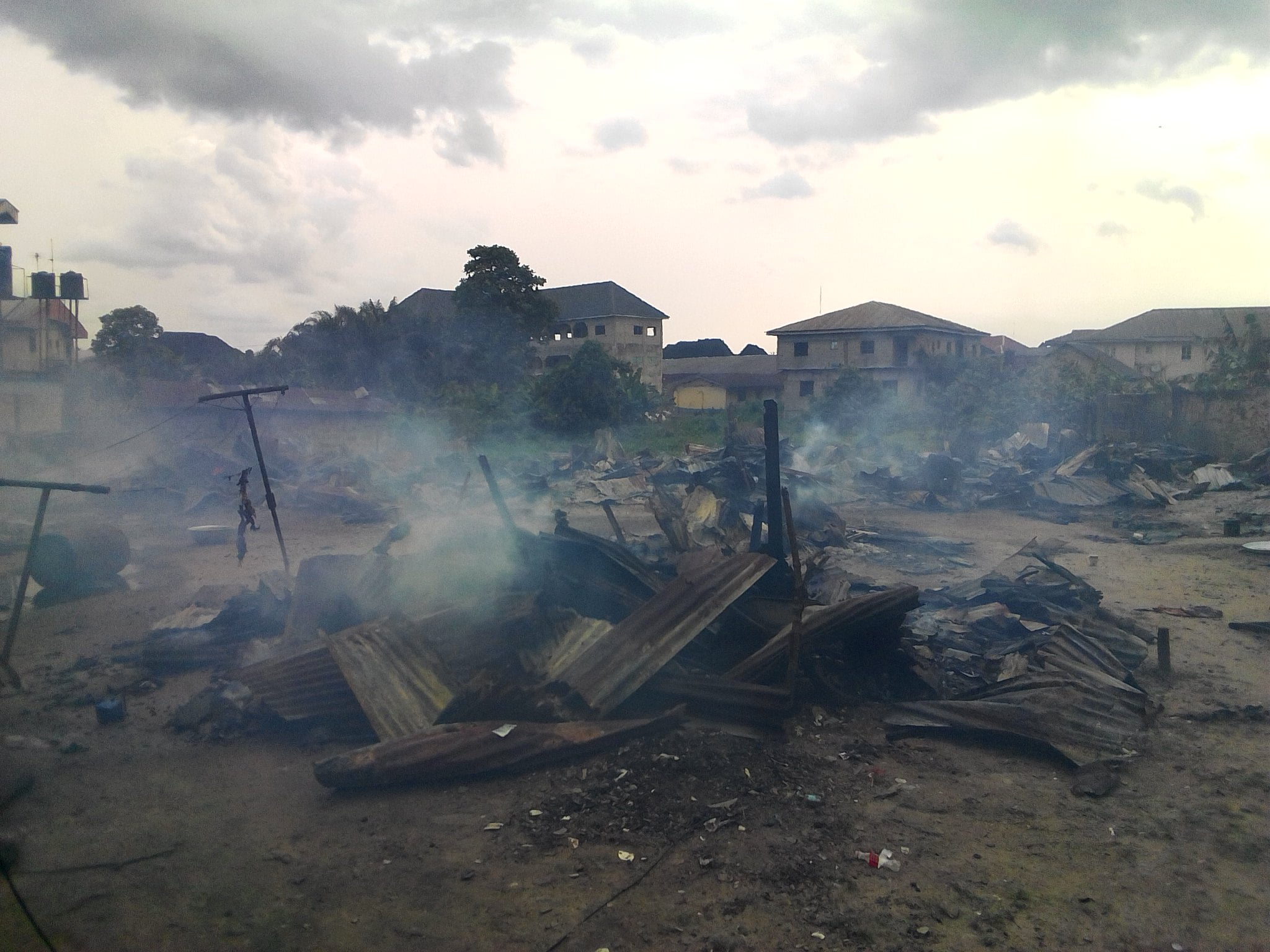