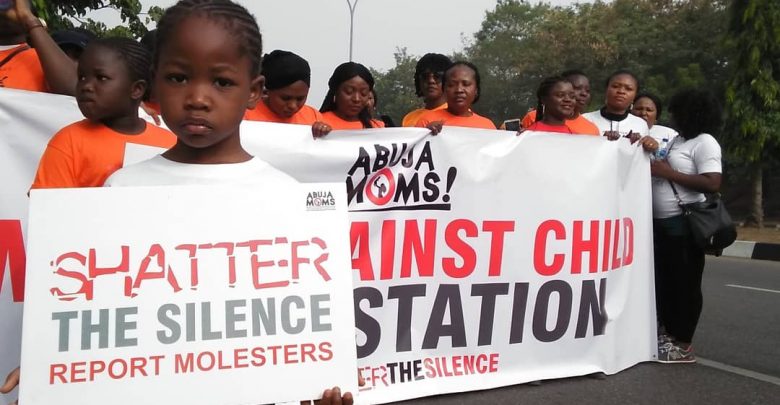 A group of mothers have taken to the streets of Abuja, Nigeria’s capital to protest against the molestation of children.

The group consists of mothers of numerous age grades who came out in their large numbers to rotest against child molestation which they described as ‘inhuman.’

The women who walked on Saturday, protested under the support/meetup group founded by Mrs. Happiness Ani in 2017.

Naija News understands that the women who were armed with placards of various inscriptions also had their children and kids joinned them in the walk.

The women said they saw the necessity for the walk as they said there were increments in child molestation all over the country.

“Knowing that Child Molestation is one of the silent crimes due to the misplaced fear of stigmatization yet there still exists evidence of alarming statistics that records cases of child sexual abuse. This shows that it is about time that this evil is fought headlong hence Abujamoms is starting by creating awareness through this “Walk Against Child Molestation.”

“Abujamoms being a women empowerment group is using this medium to enlighten the public especially mothers on the fact that these molesters don’t come as masquerades, but rather are more likely to be relatives or acquaintances of their victim than strangers. A researcher stated that about 30% of all perpetrators of sexual abuse are related to their victim, 60% are family acquaintances, like a neighbor, babysitter or friend and 10% are strangers. 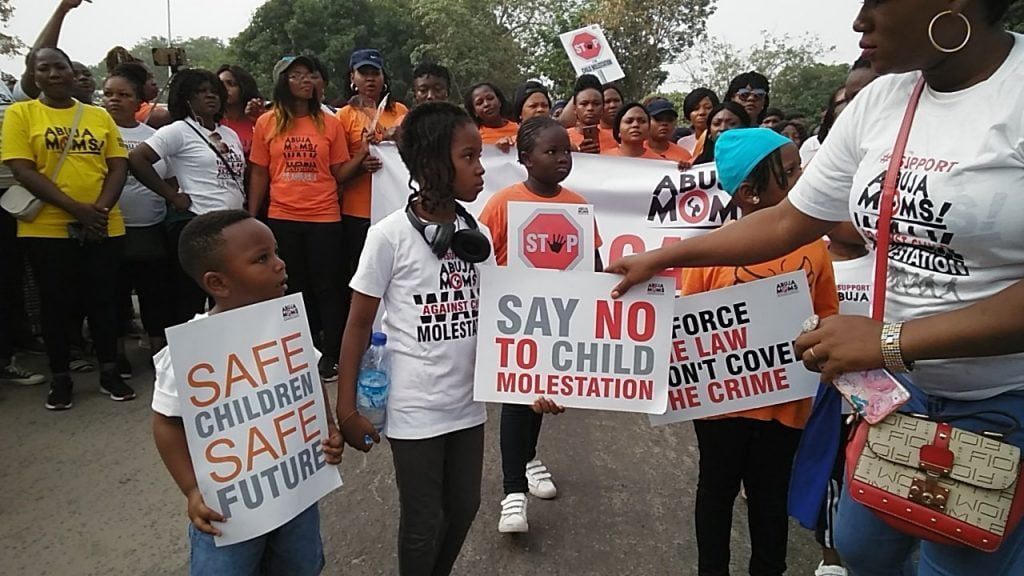 “We began discussions on the Abujamoms Platform on the menace of child molestation and we discovered that a lot of women suffered from this abuse when they were children themselves and their abusers were never reported and as such they never got closure. Many still harbor the pain and shame and that has held them back from giving their best to the society. A lot are scared to speak about it, so this awareness is very important and as mothers we say it’s time to end the silence because we are no longer willing to stand aside and watch our kids being molested, live in fear and pain which can linger throughout their lifetime.

“For victims, the act of coming forward takes great strength and courage thus when a child does disclose abuse, we should begin by believing. The child is a victim and we want it to be clearly defined, a child’s involvement with an adult offender should never be considered consensual or consenting,” the group said in a statement obtained by Niaija News.