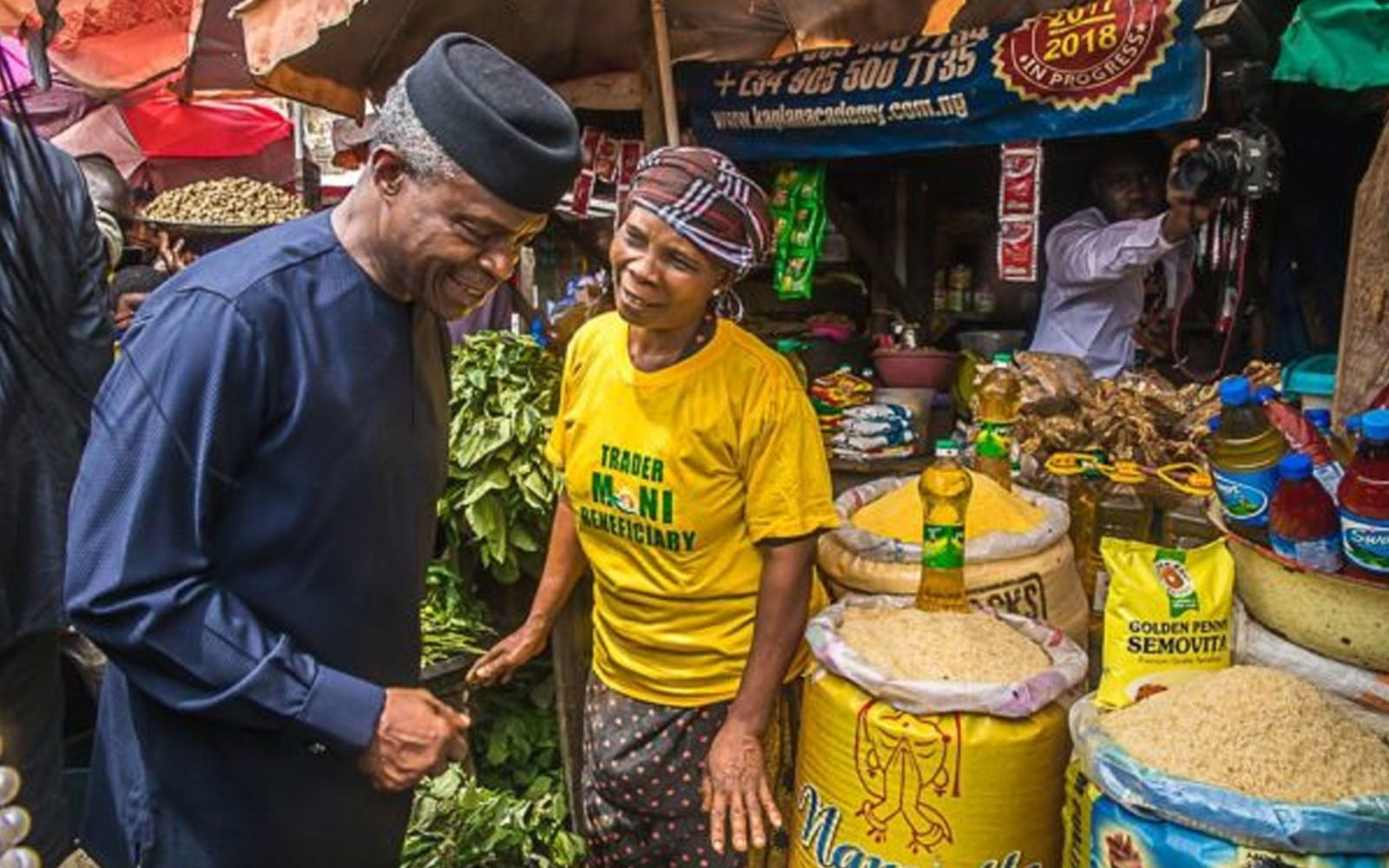 Naija News reports that Osinbajo made this comment in a statement issued Laolu Akande, his spokesperson.

This online news platform understands that the statement was in response to Odilim Enweagbara, an economist and entrepreneur, who insisted the scheme was to curry support for the 2019 general elections.

Enweagbara had said the scheme investigated and disbursements audited to expose perceived plundering of the public tilt by the All Progressives Congress (APC) under the guise of empowerment.

His words: “That fraud called Trader Moni must be independently investigated. Trader Moni was the newest form of vote buying and inducement of voters to vote for APC. That was why it was done a few months to the 2019 general election and has since been stopped because the objective has since been achieved,” Enweagbara had said.

Responding, Osinbajo said: “The Trader Moni scheme is one of the Government, Enterprise and Empowerment Programme (GEEP) micro-credit products.

“MarketMoni and FarmerMoni are still very much in operation. We have a target of 30,000 minimum beneficiaries per state, and we have achieved this in majority of the 36 states and Federal Capital Territory (FCT). What the team has been doing is generating the balance of programme funding and ramping up on the states where we have a shortage,” he said.