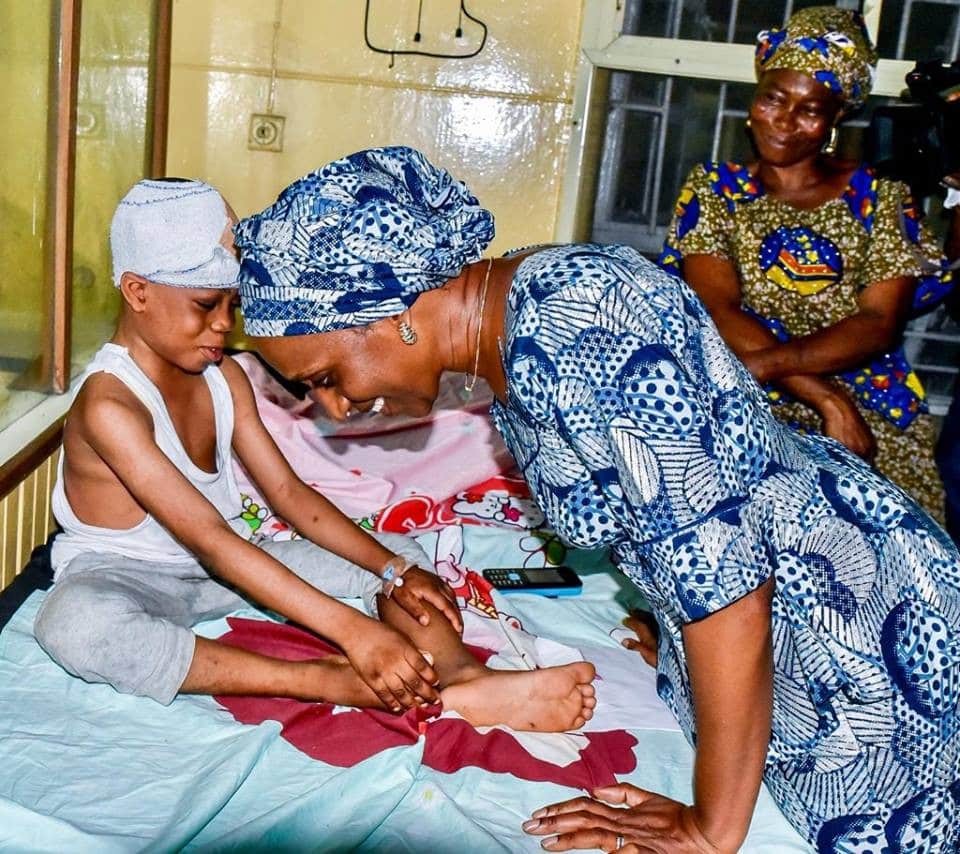 Wife of the Vice President of Nigeria,  Dolapo Osibanjo on Saturday paid a visit to the children who were victims of the Itafaji Building Collapse.

Dolapo visited the victims of the collapsed building at the general hospital in Marina, Lagos state where she engaged the children who were also involved in the building collapse.

Recall that Naija News had reported that the victims of the building collapse which include children and adults are currently receiving treatment.

The three-storey building accommodated a school with over 100 pupils. 20 persons including the pupils were reported to have died in the unfortunate incident. 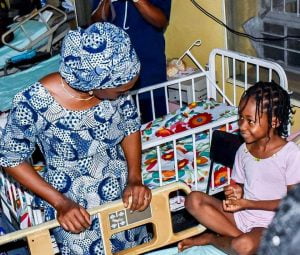 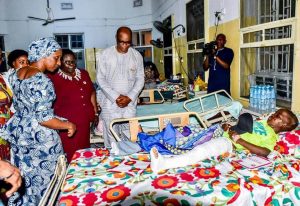