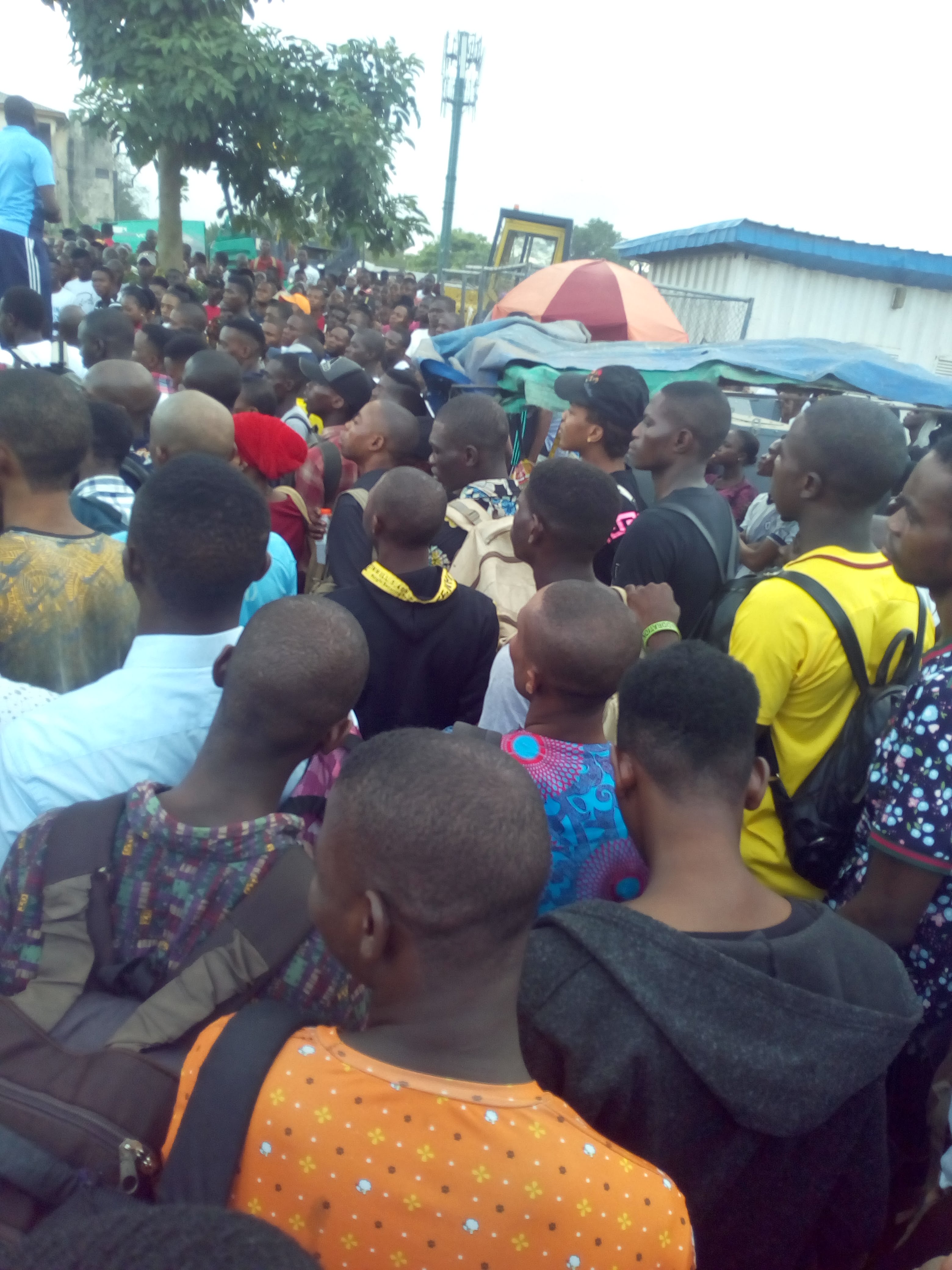 Applicants have in their thousand, stormed the Sam Ethnan AirForce base in Ikeja for the 2019 NAF recruitment exercise.

The large number of the crowd who invaded the entrance of the Sam Ethnan Airforce Base consists of both the young and the old who are seeking for at least an opportunity to work in the Nigerian military sector.

Naija News reports that the applicants who were hopeful that they would be screened today, Saturday, March 16, were disappointed to hear that their screening dates have been divided and distributed according to their states of origin.

Naija News had reported that the dates of the screening were determined by the centres nationwide.

Some of the applicants who were not accredited to partake in the screening exercise today were not allowed to gain access into the facility of the airforce base.

Some of the airforce operatives who were on ground to supervise the screening process were sighted counselling the applicants who would not be screen today.

When Naija News inquire on the arrangements made for the accommodation of those who had come for the screening from their various locations outside Lagos, an officer who requested anonymity said that the force had made no provision for such.

However, the operatives of the NAF were sighted chasing away applicants whose screening dates were rescheduled.

While counselling the crowd of applicants, the officer urged applicants to identify the dates of their screening and come on that date for the screening.

The officer said that the Force will provide an equal opportunity for all applicants who are striving to work with the force.