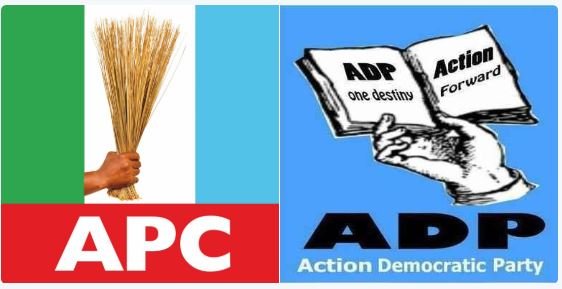 The African Democratic Congress (ADC), Oyo State chapter, has announced the suspension of its Chairman, Dr. Ahmed Ayinla and seven other executive members of the party for what it described as “anti-party”.

Their suspension was contained in a communique issued at the end of its expanded State Executive Committee (SEC) meeting in Ibadan yesterday.

ADC in the communiqué signed by its State Secretary, Alhaji Wasiu Emiola, said that it has also suspended the Publicity Secretary of the party, youth leader and five other executive members.

The party alleged the suspended Exco members were working for the ruling APC and its candidate during the governorship election in defiance to the directive by the party.

Naija News recalls that a number of coalitions and supporting parties emerged for the APC candidate, Adebayo Adelabu, at the wake of the March 9 governorship elections.

Recall that former Oyo State Adebayo Alao-Akala who was also the governorship candidate of the Action Democratic party had announced his intention to work for the Adelabu, in the election but the party (ADP) declaimed the move.

But speaking on why it suspended its chairman and seven others,the ADC said, “Expanded SEC noted with dismay, the roles played by some state and local executive members, as well as some members of the party at various levels before, during and after the last election, wherein the concerned officers and members elected to cooperate with the All Progressives Congress (APC), and its governorship candidate, in total defiance and utter disregard to the party’s directive and position, which decided to coalesce with other political parties to form a formidable force for the purposes of rescuing Oyo State from the tyrannical rule of the APC”.

“Expanded SEC observed that the concerned officers and members misdirected themselves, and many others, to act contrary to the party’s directive, and promote anti party activities, without any just cause, saying, “expanded SEC noted with concern several instances of conflict and clashes of interest the concerned officers and leaders orchestrated in the wake of the election under review, culminating in their actions necessarily and wilfully offending the party’s internal arrangement, and consequently leading to a failure to abide with laid down principles.”

“Having considered the allegations raised against some concerned state officers, SEC hereby resolves and declares that such unwholesome practices are totally unacceptable, and morally reprehensible.

“To that end, while members, including officers, are urged to imbibe some sense of decorum, loyalty and discipline, with a deep sense of responsibility, SEC restates and reaffirms the party’s commitment to deal with all cases of infractions and misconduct with utmost dispatch.