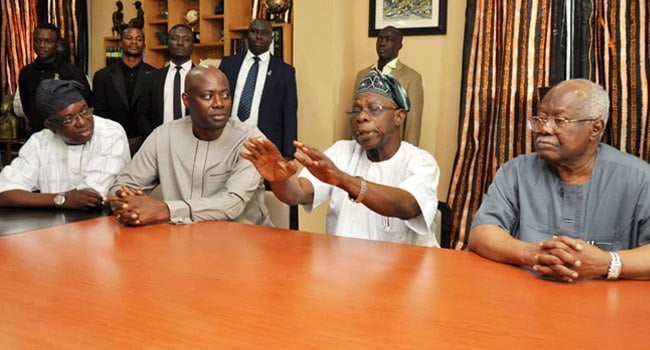 Nigeria’s former President, Olusegun Obasanjo has issued a strong warning to the Oyo state governor-elect, Seyi Makinde, advising him not to steal and to shun all forms of corruption.

Olusegun Obasanjo dished out his advice to the elected governor of Oyo state when he visited him at the residence of the elder statesman in Abeokuta, the Ogun State capital on Thursday, March 14, 2019.

The former president urged Makinde to operate an all-inclusive government, stressing that the people of the state must be carried along in the decision-making of the government, adding that his administration cannot be successful without the full support and corporation of the people.

He furthered that the love and votes of the people of Oyo State have ensured the emergence of Makinde, adding that their continued support was necessary to make him succeed as a governor. Obasanjo said in his words; “You have an onerous task ahead in improving the status of the capital of the old Western Region and you have to work to unite them all.

“You need to shun corruption, be transparent and embark on developmental projects which would be a delight to the people of Oyo State.

“You need to give them something new, positive and the type of governance which delivers the dividends of democracy at their doorsteps.”