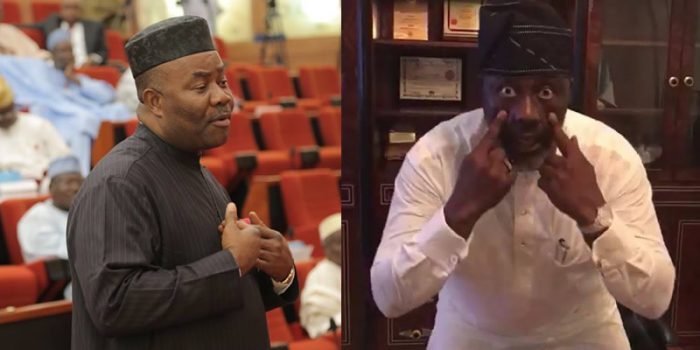 Dino Melaye in his viral video, displayed his vocal skill when he mocked Akpabio for capitulating in the battle for Akwa Ibom State as he was roundly defeated in the just concluded elections.

The controversial Senator with this his music video seems to have a career in the music industry aside being a senator of the federal republic of Nigeria.

Other party chieftains who were present at the meeting with Governor Udom were also cited chanting the lyrics of the song composed by the Senator.

Watch the Video Below: