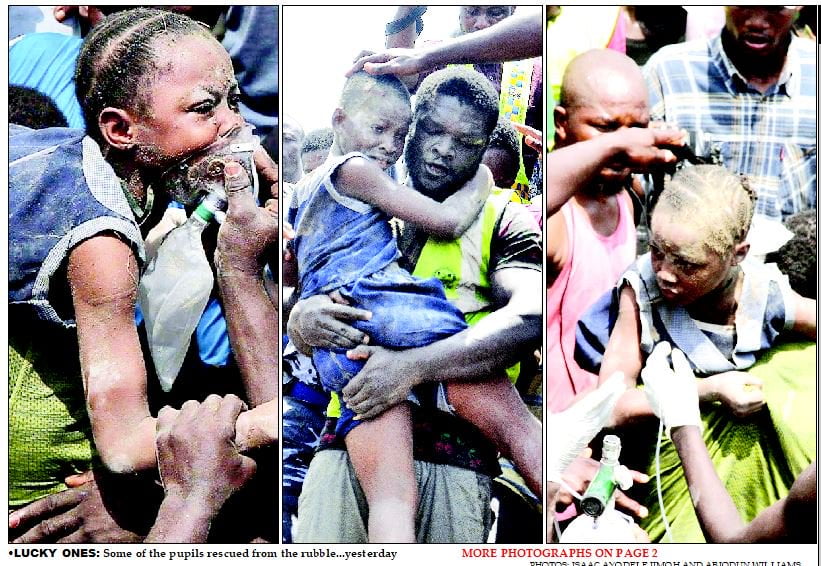 The Lagos State chapter of the Action Democratic Party (ADP) has extended it’s show of sympathy and love to the families of the victims of the collapsed school building where school kids and others were affected at Itafaaji, Lagos Island.

In a statement sent to Naija News on Thursday, by the State Publicity Secretary, Prince Adelaja Adeoye, the party described the incident as a great tragedy and loss which has now pointed out the need for the State government to take an urgent steps in preventing such re-occurrence.

“Our party is in total shock and grief to hear that our precious school kids who are our future leaders and pride were killed while others are receiving treatments at various hospitals as a result of the collapsed building that housed their classrooms,” ADP said.

The party also called on the Lagos State Governor, Akinwunmi Ambode to set up a task force that will urgently commence inquiries into the incident to ascertain it’s root cause and also commence stress test on other buildings within that axis and across the State to know their capacity if they are habitable,

READ ALSO  'Tinubu Is A Fulani Slave, The Cabals Will Use And Dump Him' - Says Yoruba Man [Video]

The party stated further that, the government should get the names of all the affected victims, dead, alive and take responsibility to provide succor to them.

The party said, the agency of government responsible for the approval of buildings must be more diligent in their duties because their negligence or approving buildings without necessary checks are the major cause of collapse buildings across the state, stating that Itafaaji tragedy is not the first to happen in the recent time.

ADP also said that it is important at this point to ensure that proper checks are carried our on public and private school buildings across the State to conform with urban planning, building requirements and standards to avert another major tragedy like #ItaFaajiSchool building which collapsed on over 100 school children.