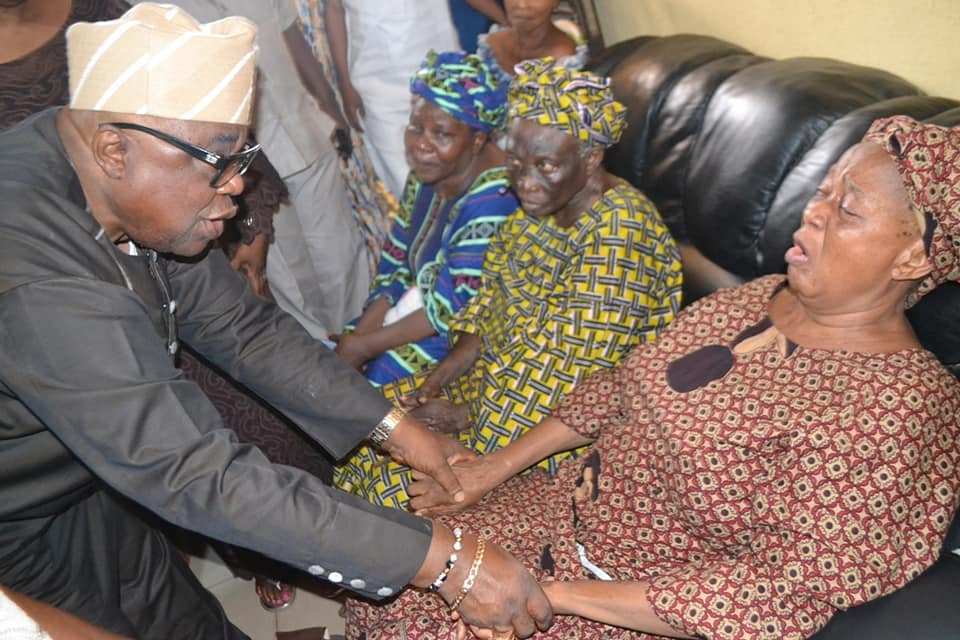 The Oyo state governorship candidate of the Peoples Democratic Party, Seyi Makinde and a former Governor of the state, Christopher Adebayo Alao-Akala, on Tuesday, paid the family of Hon Temitope Olatoye a condolence visit.

Olatoye who is popularly known as "Sugar" was the Chairman House Committee on Urban Development and Regional Planning and the representative of the Akinyele/ Lagelu constituency.

Recall that Olatoye was shot dead during the governorship and house of assembly elections in the state by some unknown gunmen after voting at his polling unit.

Akala while speaking on his visit to the family of the slain lawmaker stated that was in their home to sympathise with the family.

The former governor who had the company of his aides and supporters prayed to God to give the family the fortitude to bear the loss.

He said, "Earlier today, I paid a condolence visit to the family of murdered Hon. Olatoye Temitope Sugar."

"My God give the families and friends of the federal lawmaker, the fortitude to bear the irreparable loss".

The governor-elect in the same vein also visited the family to sympathise with them.

Makinde while sympathising with the family also prayed to God to give the heart to best the loss. 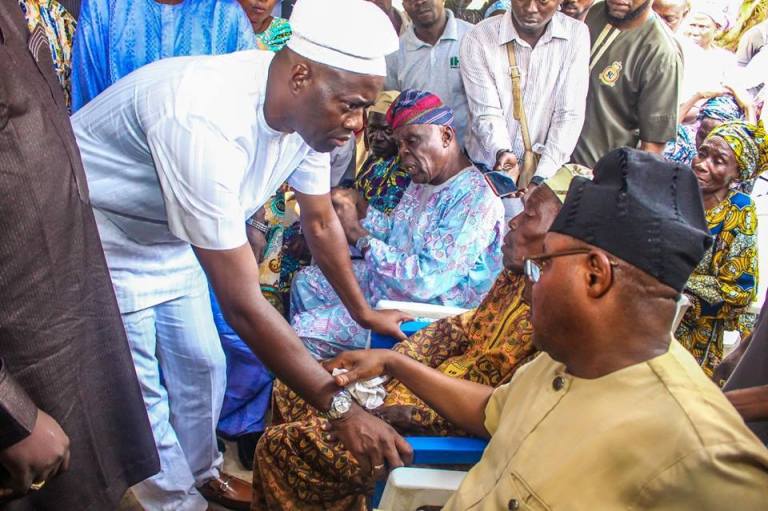