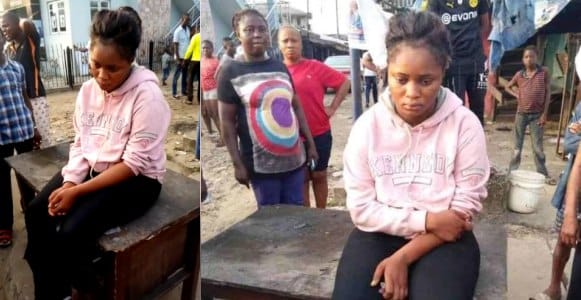 A middle-aged lady was on Monday seen on the streets of Warri in Delta state after she was dropped off by an unknown driver in a GLK Benz.

Naija News reports that the yet to be identified lady lost her sanity and could not identify herself after the driver of the Benz dropped her off on Ajamimogha road in Warri, sparking the rumour that the lady might have been used by a ritualist.

She was said to have lost her memory as she couldn’t speak or hear the interactions of the metropolitans who had approached her to see how she could be helped.

It is alleged that the lady lost her memory as she sat mute in public without uttering a word while efforts were efforts were being made to locate her family or friends.