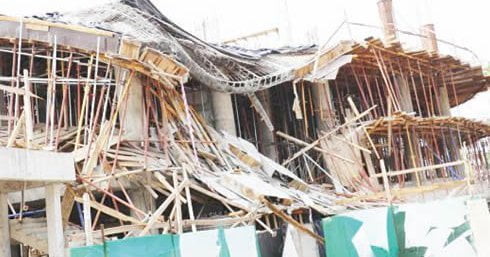 Naija News learned that the school building located at Ita Faji, Lagos Island, collapsed around 10 am. The school was said to be on the last floor.

A resident of the area, Prince Adams, told Punch Newspaper that no fewer than 10 pupils had been removed from the rubble so far.

His words: “It is terrible. Parents are crying. I can’t withstand the gorry sight,” he added.

Meanwhile, Kehinde Adebayo, the spokesperson for the Lagos State Emergency Management Agency, confirmed the collapse, noting that emergency officials were already on the ground to salvage the situation.