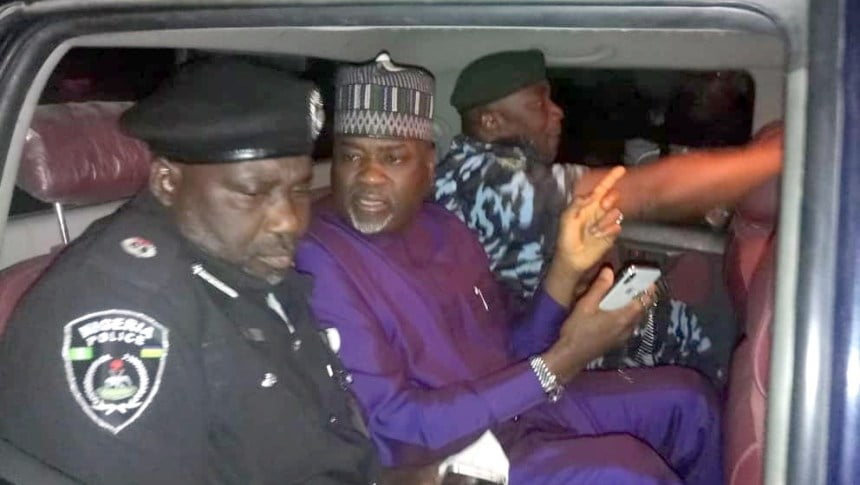 The Kano State Police Command has cleared the state Deputy Governor, Dr. Nasiru Yusuf Gawuna, who was taken to the CID unit of the command in the early hours of Monday over alleged disruption of results collation process for Saturday’s gubernatorial and House of Assembly elections.

Gawuna, who is also the running mate to the incumbent governor and the candidate of the APC, Dr. Abdullahi Umar Ganduje, was taken to the command headquarters along with the state’s Commissioner for Local Government Affairs, Murtala Sule Garo and the Executive Chairman of Nassarawa Local Government Area, Lamin Sani.

Police said Gawuna was at the collation centre to observe the process but was not involved in the alleged result sheets snatching.

Speaking to newsmen on Monday, the spokesman of Kano Police Command, Abdullahi Haruna, said the deputy governor was not arrested as it was captured in media reports.

According to Daily Trust, Haruna said that he was only taken to the police CID unit for safety when the two others allegedly stormed the collation centre to snatch the result sheets.

The Police spokesperson confirmed that the commissioner and the local government chief both of whom were chieftains of the APC were still in detention as an investigation into the alleged electoral offence commenced.

The suspects were arrested at 1 am, after storming the Nassarawa Collation Centre while collation of results for the governorship election was going on, thereby causing a commotion that halted the process.

The incident occurred while the Independent Electoral Commission (INEC) was awaiting results from Nassarawa Council Area after it had already announced results from 43 out of 44 local government areas of the state.

“They were alleged to have penetrated the collation centre and attempted to destroy the election results sheets. While his Excellency, the Deputy Governor of Kano State, Dr Nasiru Yusuf Gawuna was rescued from the scene,” he said.