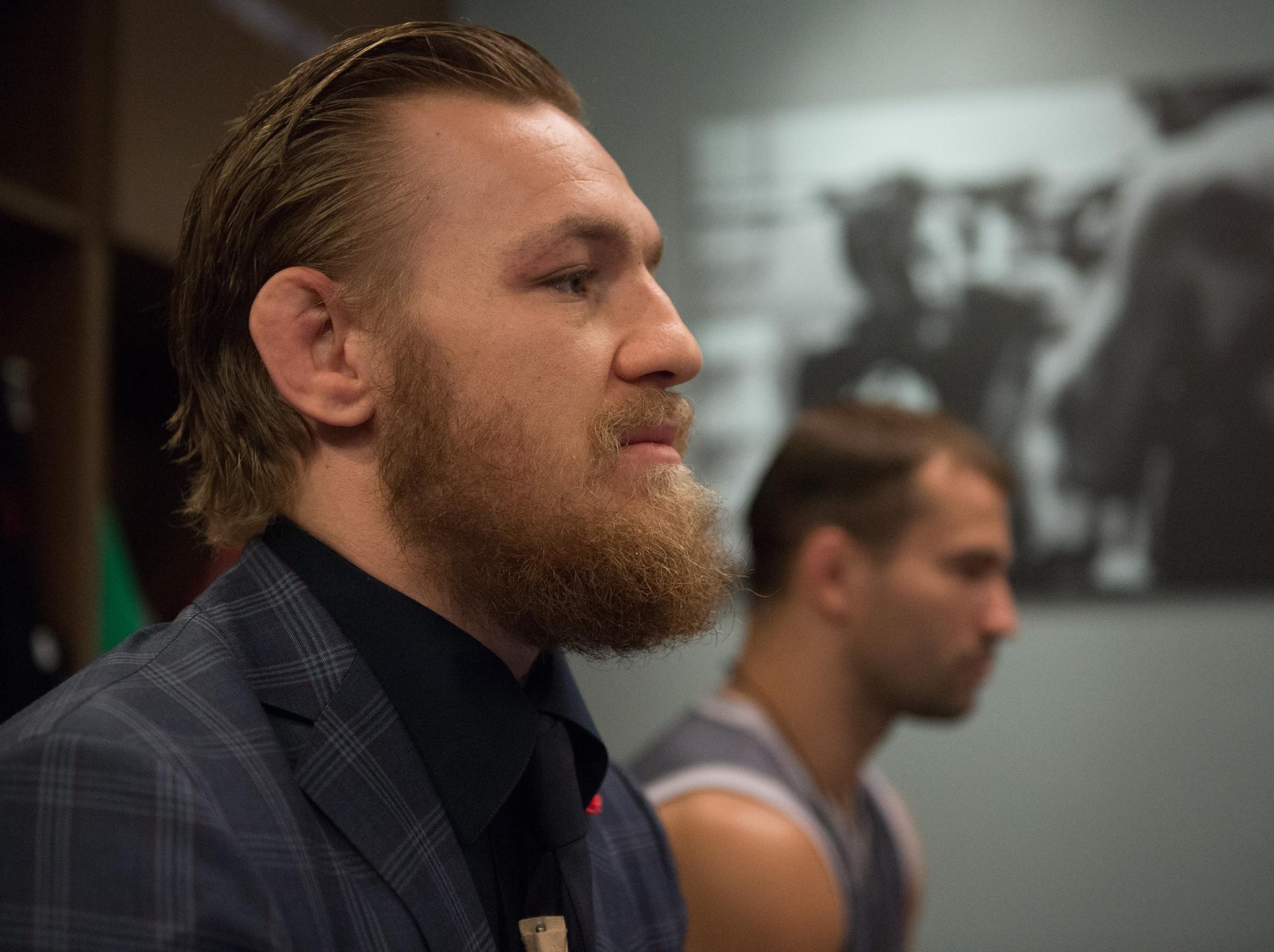 According to CNN, popular boxer, Conor McGregor has been arrested for smashing the phone of a fan who wanted to take a shot with the UFC star.

The media house revealed that the boxer and the fan were on their way out of the Fontainebleau Miami Beach hotel on Monday morning when the fan tried to take a picture with his phone.

A report revealed that McGregor hit the phone off the fan’s hand and stepped on it several times resulting in someone calling the police.

Police in their statement claimed that McGregor picked up the phone and walked away with it.

The fan revealed that the phone was valued at $1,000 and the fighter was later arrested on charges of felony, strong-armed robbery and criminal mischief.

This is coming after McGregor was charged with assault, attempted assault and criminal mischief after he and others allegedly attacked a bus carrying UFC fighters at the Barclays Center in Brooklyn.

The incident left at least two athletes injured and unable to fight that night.

See his recent mugshot below:

MBPD has arrested and charged Conor McGregor, DOB: 7/14/88, with Strong Arm Robbery and Criminal Mischief, both felonies. Please see arrest report and booking photo below. No additional information will be provided. pic.twitter.com/9HdkRWPnd8