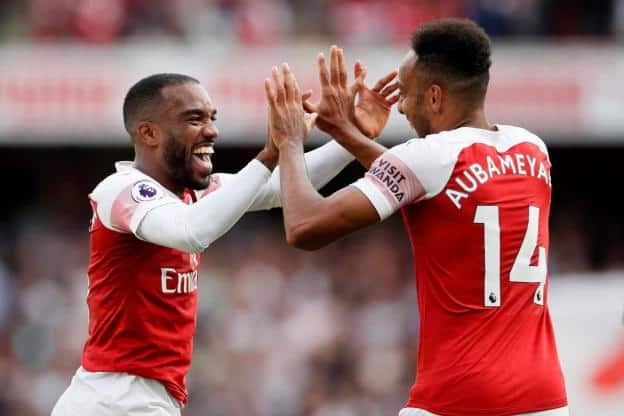 The fight for the English Premier League Golden Boot is getting tougher with Arsenal striker, Pierre-Emerick Aubameyang, scoring for his side in their 2-0 victory over Manchester United.

Manchester City forward, Raheem Sterling, who scored a hat-trick in his side’s 3-1 win over Watford has moved to the six positions on the goal chart.

Meanwhile, the match-day 31 of the English Premier League will resume this weekend as the race for the top four finish gets tougher.