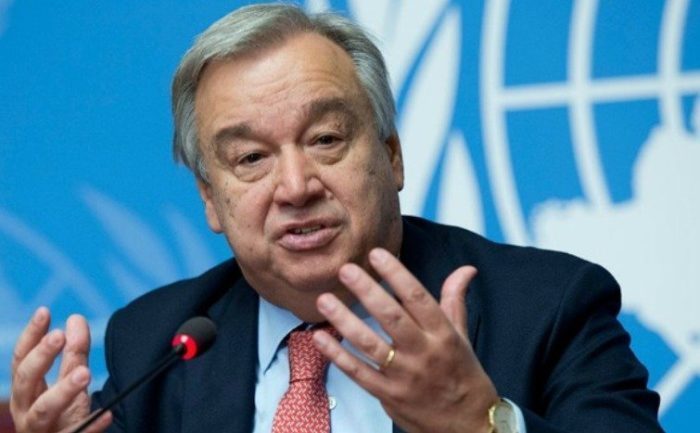 Nineteen (19) officials of the United Nations were aboard the Ethiopian flight that crashed on Sunday, March 10.

The UN Department of Safety and Security in Kenya, made the disclosure to Naija News.

The department noted that the World Food Programme (WFP) lost six staff, the Office of the High Commissioner on Refugees (UNHCR) lost two, as well as the International Telecommunications Union (ITU).

The Food and Agriculture Organisation (FAO), International Organisation for Migration (IOM) in South Sudan, World Bank and UN Assistance Mission in Somalia (UNSOM) were said to have lost one staff member each in the ugly crashed that shocked the whole world in the wake of Sunday.

As a mark of respect, IOM said it would “fly its flag at half-mast at its offices on Monday, as will the UN and its agencies.”

Naija News recalls that the Ethiopian Airlines flight crashed shortly after taking-off from the capital Addis Ababa on Sunday, killing more than 150 people on board.

The UN Secretary-General António Guterres said in a statement that he was “deeply saddened at the tragic loss of lives” as reports have emerged, claiming that some UN staff were also killed in the crash.