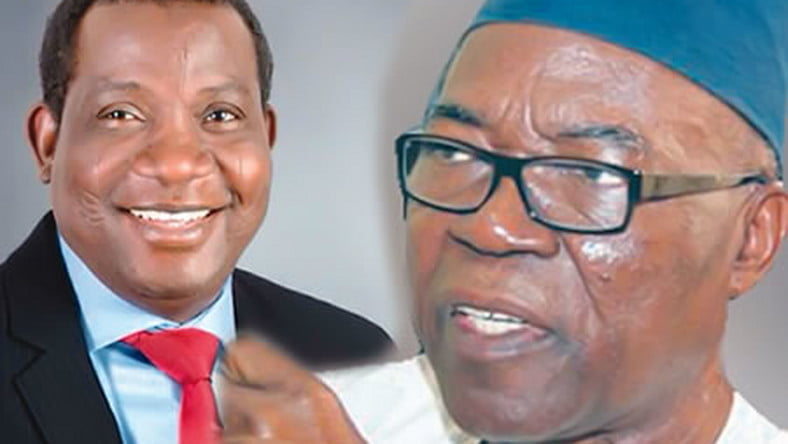 The incumbent governor and candidate of the ruling All Progressives Congress, APC, in Plateau State, Simon Lalong, has taking the lead, after ten out of the seventeen LGAs were declared at the Governorship Collation Centre, in Jos, the state capital.

Newsmen had earlier reported that the main opposition PDP candidate Jeremiah Useni was leading in the first five LGAs announced.

The Collation Officer for Langtang North, which is the LGA of the candidate of the main opposition PDP announced that ruling APC got 18, 979 votes, while the PDP got 40, 519 votes.

He also said there was a cancellation of the result of a polling unit which has to do with over voting, malfunction of card reader and the unit has 570 registered voters.

The Collation Officer for Bokkos LGA, Dr Gurumyen George, announced that the ruling APC got 26, 219, while the PDP got 25, 363.

He, however, said there were cancellations in five polling units due similar issues aforementioned, and they have a total of over 4, 000 registered voters.

Results are being awaited for seven more LGAs.