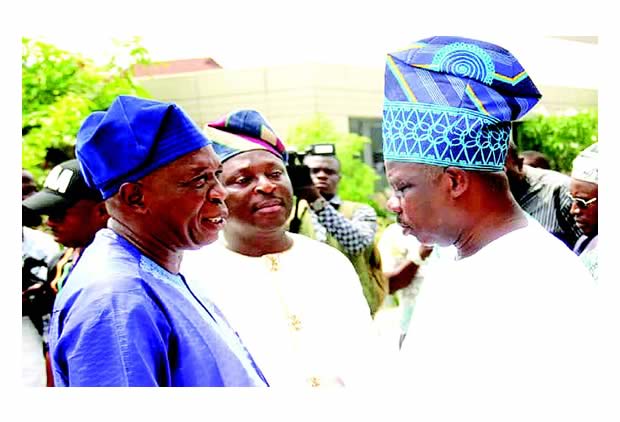 NLC Chairman In Ogun State Thanks Governor Amosun For Reinstating Him

The Chairman of the Nigeria Labour Congress in Ogun State, Akeem Ambali, who was recently reinstated into the civil service by Governor Ibikunle Amosun has paid a visit to the governor.

Naija News recalls that Amosun gave in to recall Ambali who was sacked alongside 15 labour leaders in October 2016; after the NLC had threatened to go on a protest on March 5, 2019

Accompanied by some labour leaders, including the Chairman of the Trade Union Congress, Bunmi Fajobi, the chairman was received by the governor at his personal residence in Ibara, Abeokuta.

Ambali said he was there to appreciate the governor for being compassionate to reinstate him and three teachers, who were also dismissed from the civil service for misconduct.

They were reinstated after a meeting with a delegation of the national leadership of the organized labour, led by the NLC President, Ayuba Wabba, last Tuesday.

He said the governor had so far reinstated 35 dismissed members of the NLC, noting that it was the hallmark of a true leader.