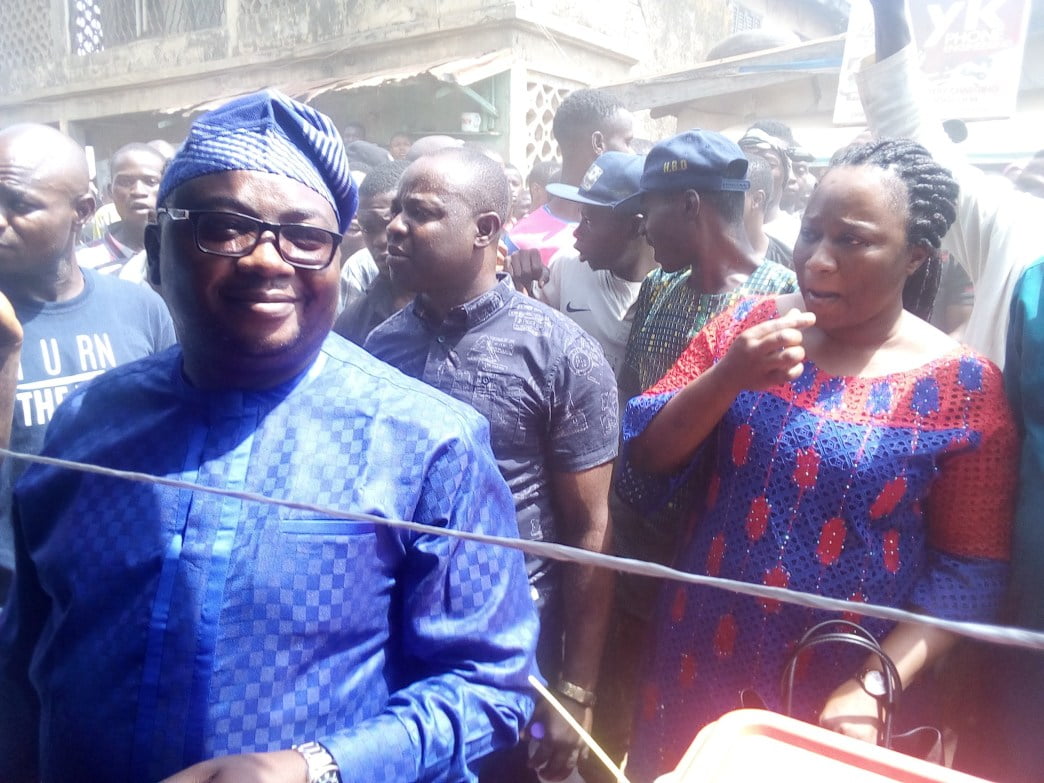 Earlier today in Oyo state, Some women fought over money allegedly donated by a governorship candidate.

The incident happened at Ward 009, PU 010, Ibadan South-east Local Government Area of Oyo The polling unit of Adebayo Adelabu, the governorship candidate of the All Progressive Congress,APC.

Two representatives of the women, including one identified as ‘Iya Emma’, however, said what they got was not up to that amount.

Some other women in the group, however, felt their leaders were trying to shortchange them.

“That woman has made away with the money. The money I sweated to get too. Touch my head, it is hot. Look at this handkerchief, I was the one using it to clean her [Iya Emma’s] sweat,” a woman in her sixties told this reporter showing the crumpled handkerchief.

After minutes of rants and threats to fight, the already offended women were told they would get N200 each.

They were told to form a queue to receive the money. They refused.

This again resulted in a series of exchanges including fights. Some of the women who stood atop a slab were pushed; three fell on all fours.

Eventually, the women were paired in fives and given N1,000 — each getting N200.

Those who did not get fought it out among themselves.

One of them identified as ‘Iya Haliya’, with her baby strapped on her back, wrestled with another woman to get her own N200.

They rained curses on their leaders whom they accused of not being fair in the distribution of the largesse.

“This is how those with Buhari too did. Money for many would be spent by few. Look at the number of heads they’ve cheated. God will judge,” the woman who earlier showed this reporter her rumpled handkerchief said amidst other swear words.

Earlier, thugs stormed the polling unit, delaying Mr Adelabu for more than 20 minutes before he was allowed to vote.

It is not clear if or how much the candidate gave to the thugs.

Naija News reports that Adelabu of APC and Seyi Makinde of the PDP are the major contenders in the Oyo governorship election.