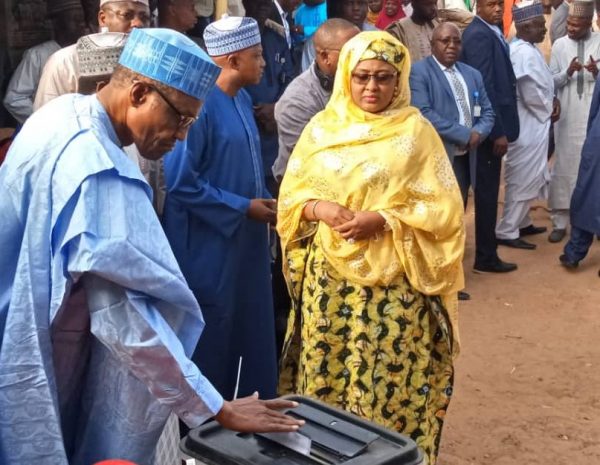 President Muhammadu Buhari and his wife, Aisha, have cast their vote at Sarkin Yara A Ward Polling Unit 003 in his home town of Daura, Katsina state

The pair arrived who arrive their polling unit before 8 a.m cast their ballots in the Governorship and State Houses of Assembly elections.

Mr Buhari was accredited and voted within a few minutes of arriving at the venue.

Speaking with journalists shortly upon voting, Buhari said he was sure security agencies would address issues of violence trailing the polls.

He also spoke on the Peoples Democratic Party challenging his own victory at the February 23 presidential election, saying, “I was expecting it.”

Buhari and his wife departed the venue within 10 minutes of arriving there.