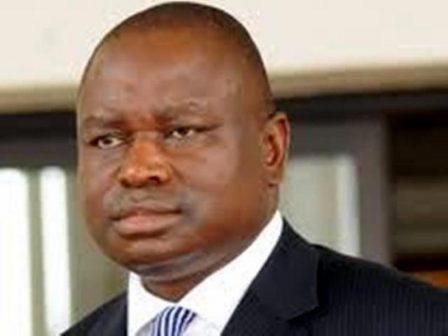 The APC governorship candidate in Enugu state, Ayogu Eze says his name is missing on the list of the Independent National Electoral Commission (INEC).

Naija News reports that Ayogu Eze urged INEC to include his name in the Saturday governorship elections as directed by an Abuja Appeal Court.

Eze revealed this while briefing journalists in Enugu on Friday, March 8 where he alleged that the removal of his name was a calculated attempt to punish him and create room for INEC’s preferred candidate and party.

“Even after the Abuja division of the Court of Appeal overturned the decision of the Federal High Court which formed the basis for INEC’s action, the commission has bluntly refused to return my name to the final list on the INEC official portal 24 hours after they were served the order of the court,’’ Eze said.