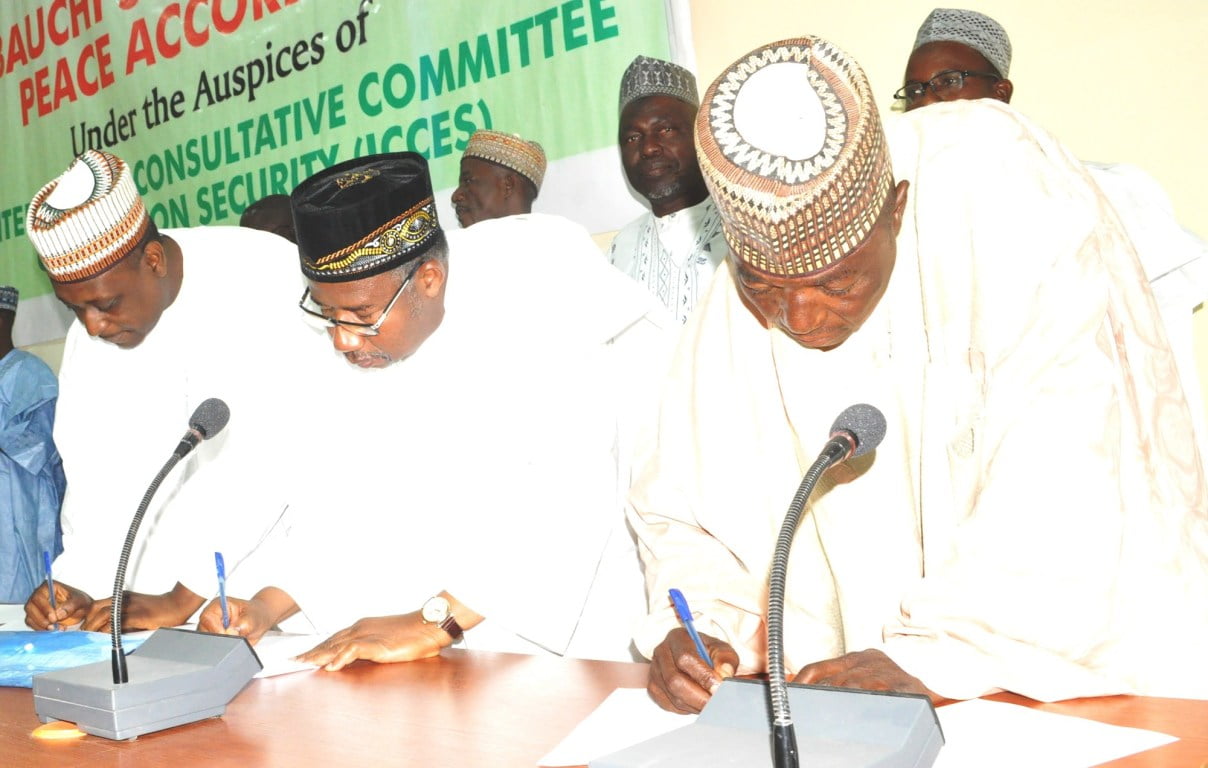 Gov. Muhammed Abubukar of Bauchi State (5th R); Emir of Dass, Alhaji Usman Othman (L) and other dignitaries, after the signing of peace accord for gubernatorial candidate, at the Independent National Electoral Commission INEC Office in Bauchi

Residents of Bauchi state situated Northeast Nigeria will go to the polls today 9th of March 2019 to determine who would govern them for the next four years.

The incumbent governor of the state Mohammed Abubakar who won the 2015 gubernatorial election under the banner of the All Progressives Congress (APC) is seeking a second term in office, he is expected to slug it out with a major contender Senator Bala Mohammed of the Peoples Democratic Party (PDP).

Senator Mohammed, of the PDP, recently formed a coalition with thirty-two political parties and 20 governorship candidates as part of their renewed effort to unseat incumbent Governor Muhammed Abdullahi Abubakar in the governorship elections today.

Bauchi state is however expected to experience a free fair and credible election as more than 20 gubernatorial candidates, in the state on December 21, 2018, signed a peace accord to ensure peaceful polls.

Naija News is live in Bauchi state, we would keep you updated with the happenings in the state through today, keep refreshing this page for the latest update.

07:00 AM – Police in Bauchi State has issued an order stating that only statutory security agencies recognised by law will be allowed to provide security for the election, as all quasi-security agencies, including vigilante and hunters, are barred from the entire election process.