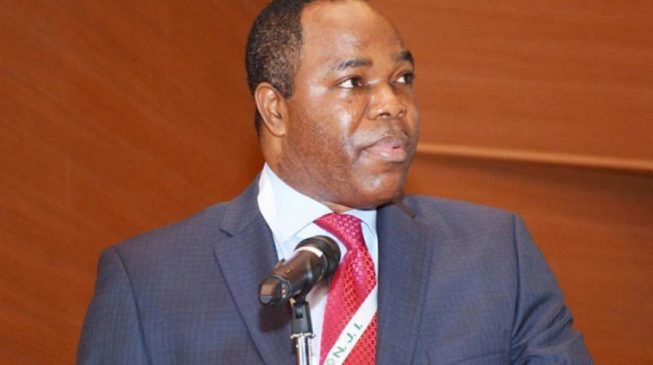 The Economic and Financial Crimes Commission(EFCC) has arraigned a former Chairman of the defunct Skye Bank Plc (now Polaris Bank), Mr. Tunde Ayeni, for allegedly fraudulently withdrawing of funds running into billions of naira from the bank’s suspense account.

He was arraigned before the Federal High Court in Abuja alongside a former Managing Director of Skye Bank, Timothy Oguntayo, and two companies, Control Dredging Company, and Royaltex Paramount Ventures Limited.

The defendants pleaded not guilty to the 10 counts of money laundering.

The charges made up the third criminal case to be instituted by the EFCC against Ayeni and Oguntayo in the last three months.

Before the end of Thursday’s proceedings, Justice Ijeoma Ojukwu granted bail to Ayeni and Oguntayo in the sum of N100m with one surety each.

She granted them bail after dismissing the objection by the EFCC’s lawyer, Mr. Abbah Mohammed, who had opposed the duo’s bail applications.

Mohammed’s objection was based among other grounds, that the former bank chiefs would likely interfere with prosecution witnesses if they were granted bail.

The judge, however, acceded to the submission by defense lawyers, Dele Adesina (SAN), and E.O Akoni (SAN), who denied Mohammed’s allegations.

The lawyers argued among others that the defendants had earlier been granted bail by another judge in a similar criminal case.

They added that the said bail conditions had since been met and that the defendants had since not jumped bail.

They said their clients attended the Thursday’s proceedings from their homes.

On granting the defendants the N100m bail, Justice Ojukwu noted that the grounds of the EFCC’s objection to the bail application were not enough to reject the applications.

As part of the bail conditions, the judge ordered that the sureties to be produced by the defendants must show evidence of tax payment from 2016 to 2018, and must have landed property in Abuja.

Other conditions included by the Judge is that the defendants must submit the documents of the property to the court for verification.