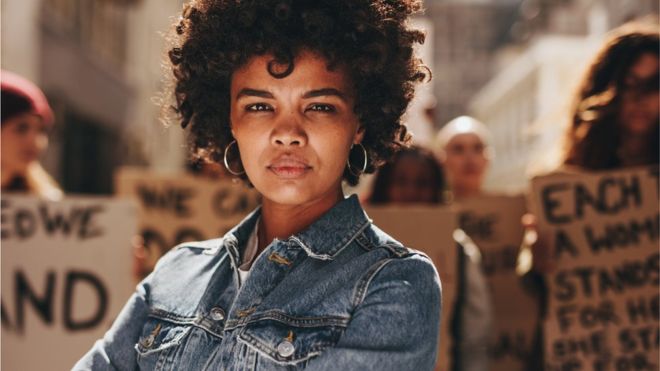 Many people consider March 8 just a date for honouring women, but unlike other commemorative days, it was not created by commerce – and has deeper and more serious historical roots.

Launched by the United Nations (UN) in 1975, the International Women’s Day has been celebrated since the beginning of the 20th century.

Today, the date is increasingly remembered as a day to claim gender equality and with protests around the world bringing it closer to its origin in the struggle of women working in factories in the United States and in some European countries.

They began a campaign within the socialist movement to demand their rights – their working conditions were even worse than those of men at the time.

The origin of the date chosen to celebrate women has some historical explanations. It is very common to relate it to the fire that occurred in New York on March 25, 1911, in the Triangle Shirtwaist Company, when 146 workers died, 125 women and 21 men (mostly Jews), who brought the conditions faced by women in the Industrial Revolution.

However, there are records prior to this episode that bring references to women’s claims for a time devoted to their causes within the workers’ movement.

The origins of International Women’s Day

If it were possible to make a timeline of the first “women’s days” that arose in the world, it would possibly begin with the great march of women on February 26, 1909, in New York. 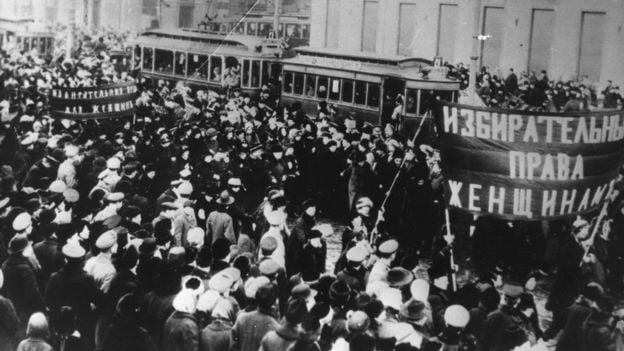 In Russia, in 1917, thousands of women took to the streets against hunger and war; their strike was the kick-off for the Russian revolution and also gave rise to International Women’s Day

On that day, about 15,000 women marched on the streets of the city for better working conditions – at the time, journeys to them could reach 16 hours a day, six days a week, and often included Sundays as well. There would have been celebrated for the first time the American “National Women’s Day”.

Meanwhile, the movement in factories also grew in Europe. In August of 1910, the German Clara Zetkin proposed in a meeting of the Second International Conference of Socialist Women the creation of a day of demonstrations.

“It was not a matter of a specific date. She made statements in the Socialist International with a proposal for a moment of the trade union and socialist movement dedicated to the issue of women,” sociologist Eva Blay, one of the pioneers in studies on the rights of women in the country.

“The situation of the woman was very different and worse than that of the men in the labour issues of that time,” she said, who is the coordinator of USP Women.

Zetkin’s proposal, according to the records we have today, was an annual day of women’s demonstrations for equal rights without exactly determining a date. The woman’s first official day would be celebrated, then, on March 19, 1911. 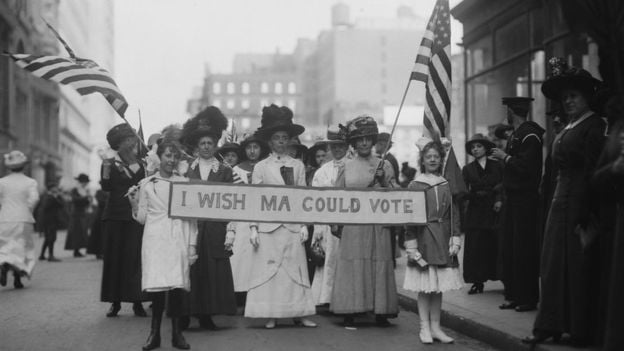 In 1913, women were already protesting for the right to vote in the United States; at that time, there were frequent protests also due to better working conditions

In 1917, there was an even stronger milestone than what was to become March 8. On that day, a group of female workers took to the streets to protest against hunger and the First World War, a movement that would kick-start the Russian Revolution.

The protest took place on February 23 by the old Russian calendar – March 8 in the Gregorian calendar, which the Soviets would adopt in 1918 and is used by most countries in the world today.

After the Bolshevik revolution, the date was made official among the Soviets as a celebration of the “heroic and hard-working woman.”

The date was made official in 1975

“This day has historical importance because it has raised a problem that has not been solved until today. Gender inequality remains to this day. Working conditions are still worse for women,” said Eva Blay.

“It’s been over a hundred years since this was lifted and it’s good for us to keep complaining because the problems persist. Historically, this is fundamental.” 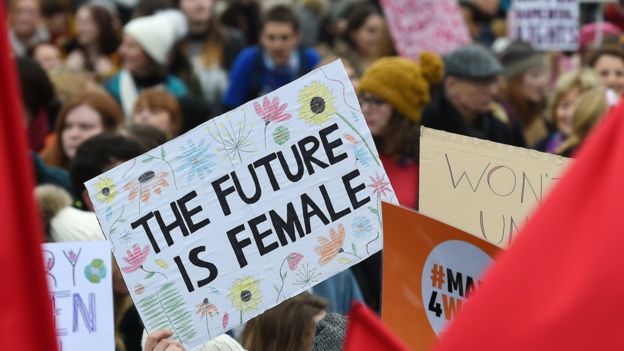 Poster in London saying ‘The future is feminine’: women from all over the world hold marches and equal rights protests in the week of March 8

Around the world, the date is still celebrated, but over time it has gained a “commercial” look in many places.

March 8 is considered a national holiday in several countries, such as Russia itself, where sales in flower shops multiply in the days before the date since men usually give women with flowers at the time.

In China, women get half the day off on March 8, as recommended by the government – but not all companies follow this practice.

In the United States, the month of March is a historic month of women’s marches.

In Brazil, the date is also marked by protests in the main cities of the country, with demands on equal pay and protests against the criminalization of abortion and violence against women.

“Certainly March 8 is a day of struggle, a day to remember that there are still many issues to be resolved, such as violence against women, feminicide, abortion, and the wage gap itself,” Blay noted.

According to her, even after decades of women’s protests and the celebration of March 8, the evolution was still very small.

“I think what has evolved is that today we can talk about the problems, but before that, it was hidden, everything was between four walls.