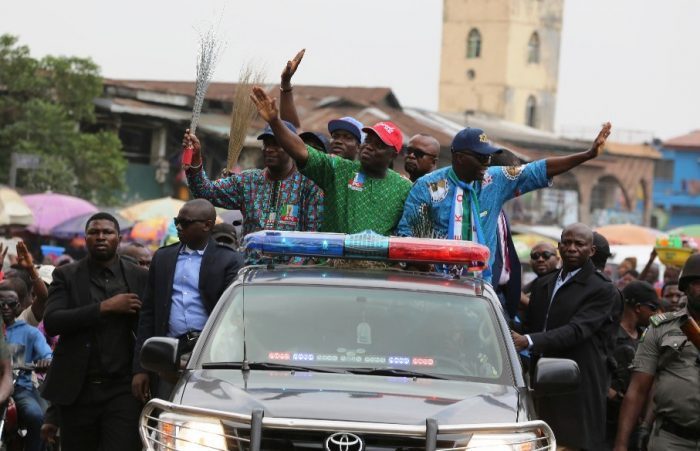 The Lagos state governor, Akinwunmi Ambode had taken to the streets of Lagos to solicit for votes for the candidate of the All Progressives Congress (APC), Babajide Sanwo-Olu.

This is coming in few hours to the governorship and state house of assembly elections.

With the action of the out-going state governor, one could say that Ambode had decided to support fully the candidacy of Sanwo-Olu and to ensure that he emerged the winner in Saturday’s poll.

In the last few days, Ambode was said to have held meetings with several groups, including the Igbo to campaign for votes for Sanwo-Olu.

This is asides recent roadshow Ambode embarked on with Sanwo-Olu and his running mate, Olatunji Hamzat.