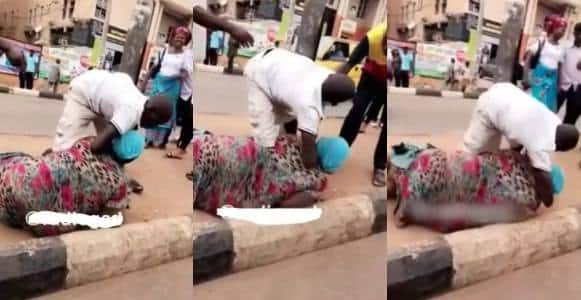 Two middle-age male and female were caught fighting on a street in Enugu over an undisclosed amount of money a passerby gifted them.

The scene was captured to have happened on Wednesday at Ogui road in Enugu state.

Naija News reports that the two fighters were said to be beggars who after fought themselves dirty of the money they were supposed to share equally.

The incident which was caught on camera revealed that the male beggar was seen struggling with his female colleague on the road as she held onto the money on the ground and refused to let go.

The incident caused a scene in the area as passersby later intervened on the fighting beggars.

Watch the hilarious video below;