How I Lost My Senses After Wearing Pant - Physiotherapist | Naija News 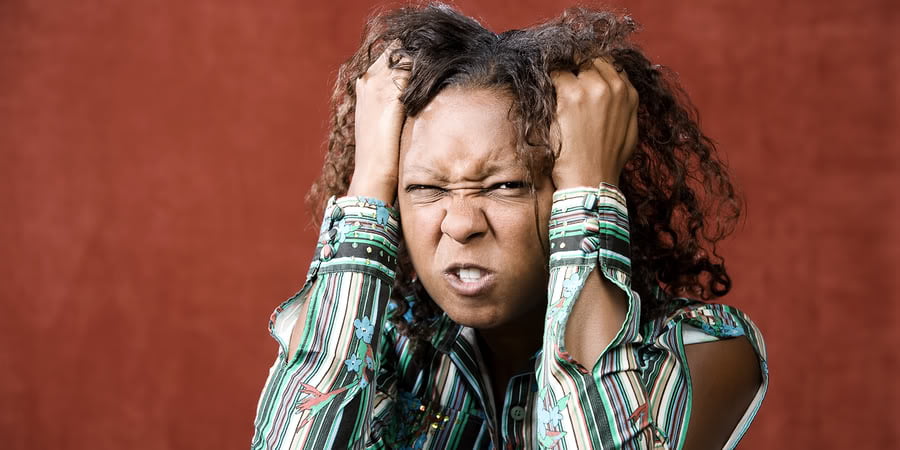 A 32-year-old physiotherapist at the National Orthopaedic Hospital, Igbobi, Lagos, Rachael Godwin, on Wednesday, narrated how her boyfriend, a suspected Internet fraudster simply identified as Olumide, forced her to wear pants, which he allegedly used for money rituals.

According to her, Olumide, in connivance with his colleague, forced her to wear pants for money rituals.

According to Punch, Godwin said she met Olumide in January 2018 on a Bus Rapid Transit vehicle traveling from Ikorodu to Ikeja.

She added that she did not know how she fell in love with him soon after they met to the extent of giving him her savings and paid his hotel bill of N185,000 for four months.

Godwin stated, “I met Olumide in January 2018 on a BRT vehicle that was traveling to Ikeja from Ikorodu. I work at the National Orthopaedic Hospital, Igbobi, as a physiotherapist.

“We started talking and became close friends and lovers. He told me that he had gonorrhea and I treated him. I guess he must have hypnotized me such that I really didn’t know what I was doing. I gave him my entire savings; he even lodged at a hotel at Kosofe, Ketu, for four months and I paid the bill of N185,000.

“He later took me to his father at Ikosi. They live in a very unhealthy environment, which made me pity them and I offered to help. I rented a house for myself in November 2018 and he visited me in the house that same month.”

Godwin added that on December 12, 2018, when Olumide visited, he told her that he wanted to buy a Toyota Venza and she asked him how much it would cost.

She said Olumide searched on the Internet and told her that the vehicle would cost N11.8m.

She explained that when she asked him how he would raise the money for the car, he requested that they should open a joint account for that purpose.

Godwin said, “I used my land documents to get a loan and even promised to gather all I had in my account. My trouble started on December 14, 2018, when he came to my house and gave me one of my pants to wear.

“I was taken to Ibadan for treatment and I got better. I did not suspect him then. I kept relating with him. On December 31, 2018, I went to a church for Thanksgiving. I was given some prayer points to be said at midnight.

“While I was praying sometime in January, Olumide started shouting, ‘Stop praying, they have wired the money, it is only $2,000 from Alaska in the USA.”

Godwin reported her boyfriend to the police and he was subsequently arrested.

Olumide, who is being detained at the state police command headquarters deny the allegations made by Godwin but reportedly said in his confessional statement that he was shocked to discover that the $2,000 he got from the United States amounted to only N750,000.

He said he gave Helen N300,000 and also gave part of the money to an unnamed man.

The state Police Public Relations Officer, CSP Chike Oti, said on behalf of the Commissioner of Police, Zubairu Mu’azu, that the case was still being investigated at the command headquarters and that Olumide would be charged to court at the conclusion of the investigation.

Meanwhile, the command has also said that its operatives have arrested eight suspected armed robbers, who have been terrorizing residents of Oworonshoki, Bariga and Gbagada areas of the state.

They were said to have been arrested on Wednesday in their hideout in the Ifako-Ijaye area after the command received an intelligence report on the activities of the gang.

Oti said the suspects were arrested by operatives from the Oworonshoki Police Division and the Special Anti-Robbery Squad.

It was learnt that the police recovered two pistols and 12 live cartridges from the suspects, who confessed to being members of the Eiye Confraternity.