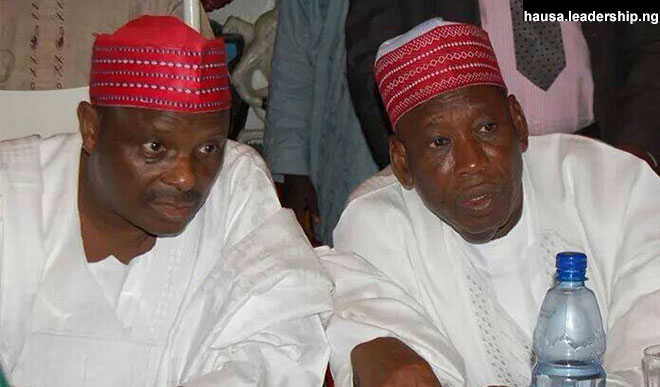 Governor Abdullahi Ganduje of Kano State has blamed Senator Rabiu Musa Kwankwaso for the slow education sector in the state.

Speaking on Wednesday during the official inauguration of the committee for the payment of scholarship allowances to internal students, Ganduje said that Kwankwaso, a former Kano governor, destroyed education in Kano during his administration because had a “shallow education”

The Cable reports, that the governor accused Kwankwaso’s administration of leaving behind debt running into billions of naira as outstanding fees of the students due to his inability to introduce a wise approach to education policies in the state.

According to him, “Kwankwaso’s failure in managing education during his tenure, stemmed out from his alleged inability “to comprehend that education policies need plans.”

“Where did he attend engineering course and graduate from? This is somebody who failed his Common Entrance examination during his primary school days.

“It was because Rabi’u Musa Kwankwaso failed his exams then, that he was sent to Craft School. It was known to all that, in those days, those who failed, sometimes woefully, in their primary education, were sent to such Craft schools

“When we first came to power, together with Hafiz Abubakar as his deputy in 2015, Kwankwaso ignorantly blamed us for negligence in handling education sector in the state.

“We are doing this, simply because he is too proud. But which wise approach does he have when his education is shallow

“Just imagine, a person who failed his primary school examination and only managed to attend Craft school, will now come out boldly and accuse a professor and a Ph.D. holder that they didn’t know how to best handle education. Is this not deception and ignorance?

“When Kwankwaso was sending students abroad, he didn’t bother to do excellent planning for it.

“Most states from Nigeria that sent their students then, withdrew them because of how the dollar skyrocketed. But in our own case, I said we would not withdraw a single student, but instead we continued paying with tears. As at now, many of them have graduated.”