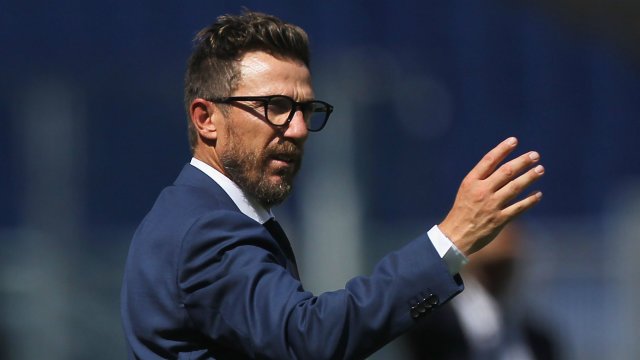 Italian club AS Roma on Thursday sacked coach Eusebio Di Francesco after the team crashed out of the Champions League.

Roma had taken a 2-1 advantage to Porto for the second leg of their last-16 tie on Wednesday but fell 4-3 on aggregate after a controversial VAR-awarded penalty deep into extra time.

“AS Roma can confirm head coach Eusebio Di Francesco has left the club with immediate effect,” the team said in a statement.

“The club would like to thank Eusebio for his work during his time at AS Roma and wish him success in the future.”

Nigeria News reports that an urgent meeting had been called on Thursday in Rome between the club’s top officials to discuss Di Francesco’s future.

Club president Jim Pallotta later said: “On behalf of myself and everyone at AS Roma, I’d like to thank Eusebio for his work and his commitment.

“Since returning to the club, Eusebio has always acted professionally and put the club’s needs ahead of his own. We all wish him well for the future.”

Roma are fifth in Serie A, three points off the Champions League berths for next season, after falling 3-0 last weekend to bitter city rivals Lazio.

Di Francesco took over as Roma coach in June 2017.

The 49-year-old had received the backing of the players after the defeat to Porto, having led Roma to the Champions League semi-finals last season for the first time since 1984.

Former Roma midfielder Di Francesco helped the team to their last Serie A title as a player in 2001.