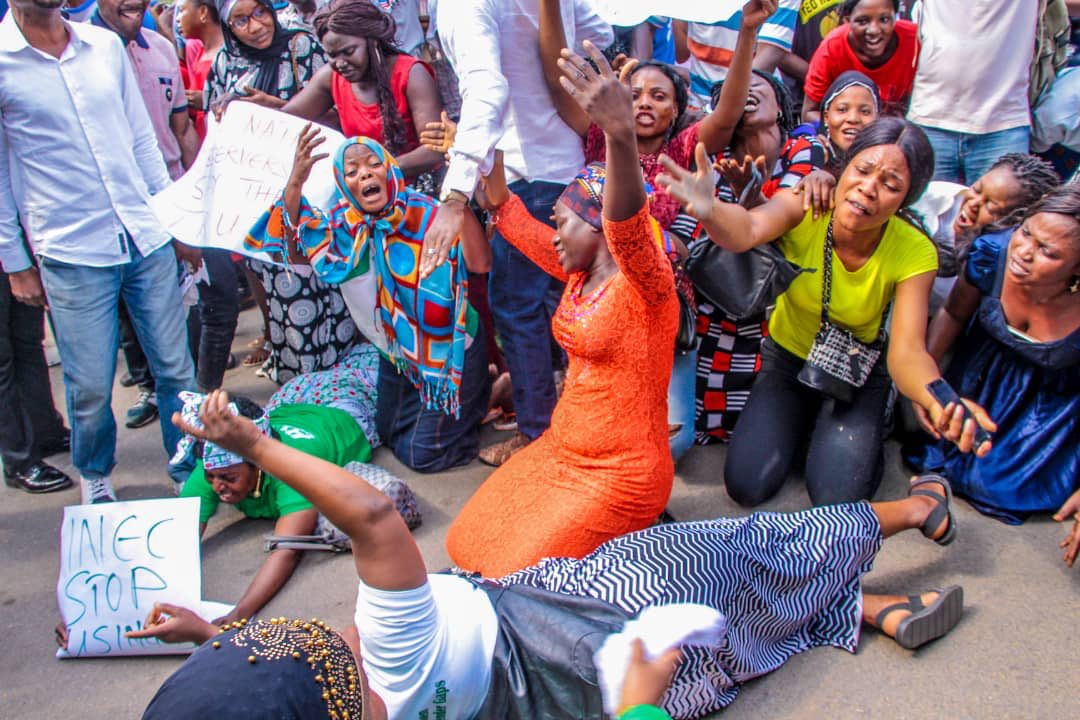 The Peoples Democratic Party (PDP) on Tuesday, took their protest over the 2019 presidential election result to the Abuja headquarters of the Independent National Electoral Commission (INEC).

As earlier reported by Naija News, the protesters were led by Prince Uche Secondus, PDP National Chairman as they chanted solidarity songs in protest of the election results. 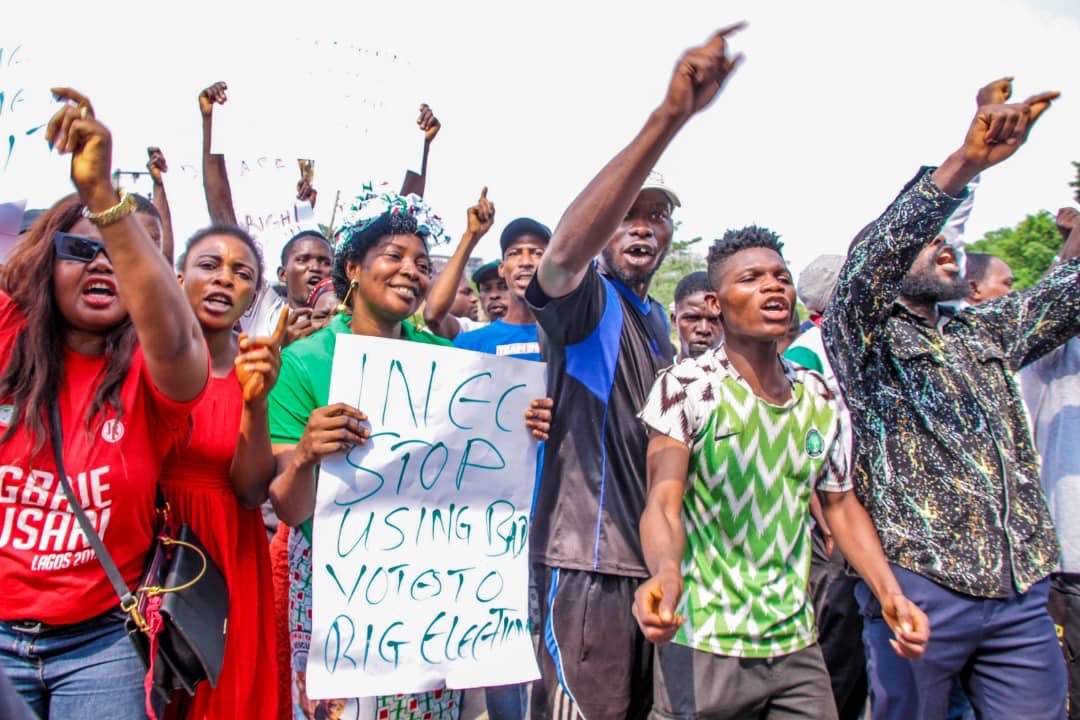 The party also presented a letter addressed to the Chairman of INEC, Prof Mahmood Yakubu insisting that the presidential election was manipulated in favour of the ruling All Progressives Party (APC).

During the protest, some women baring placards rejecting the election result were seen rolling on the bare floor, crying for the international community to save Nigeria’s democracy.

#NigeriaDecides2019 Protest March by @OfficialPDPNig leaders on the outcome of the Feb. 23, 2019 Election https://t.co/5bhmMEzSsD

This online platform recalls the Independent National Electoral Commission (INEC) had declared President Muhammadu Buhari of the All Progressives Congress (APC) winner, having polled 15,191,847 votes as against PDP’s Atiku Abubakar’s 11,262,978 votes with a victory margin of 3,928,869 votes.

Atiku and PDP, however, rejected the result, claiming the process was not free and fair and vowed to seek redress in court.