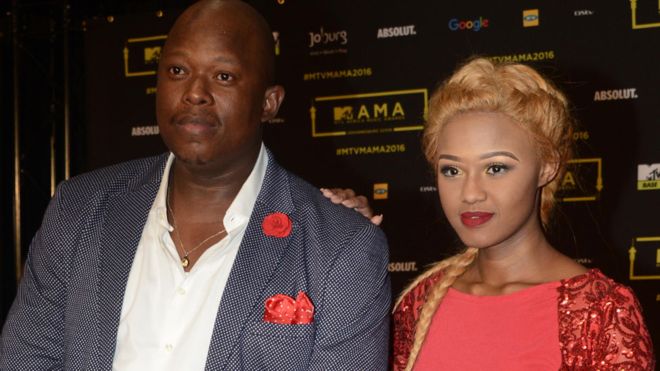 South African singer, Babes Wodumo has filed a lawsuit against DJ Mampintsha following an assault in a video which has gone viral.

The DJ who was charged with assault under South Africa’s domestic violence laws appeared in a Pinetown Magistrate’s Court in the coastal city of Durban.

Mampintsha while speaking on the assault, apologised but claimed that he acted in self-defence.

While speaking with journalist outside the courtroom, he said that he had been asleep when Babes Wodumo arrived at their hotel room after a party.

“Babes arrived and she assaulted me. In my defence I hit her back,” he said, per BBC.

“I made a mistake but no-one can accept to be attacked while asleep in bed. I’m sorry for my actions. I ask for forgiveness for raising my hand against her,” he added.

Some celebrities have reacted to the assault, Davido in his reaction stated that the viral video makes him sad.