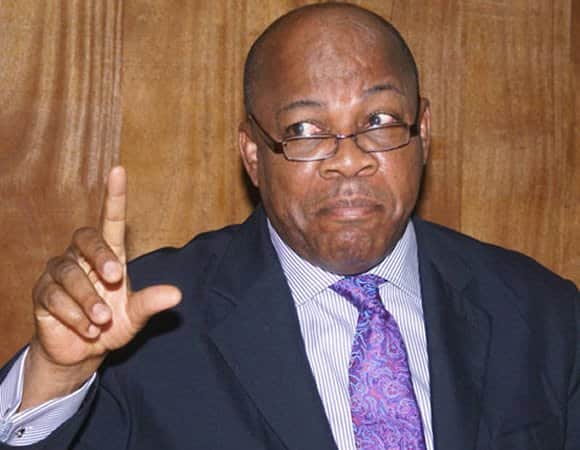 A Nigerian senior lawyer, Olisa Agbakoba who had earlier adviced the PDP presidential candidate, Alhaji Atiku Abubakar not to go to court has backtracked his decision.

Naija News reports that the well known legal luminary while explaining the reason for his previous statement said his earlier advice to the former vice-president not to go to court was because of the “uphill task” he would face following the suspension of Walter Onnoghen as Chief Justice of Nigeria.

Atiku had rejected the result of the presidential election which he lost to the All Progressives Congress’s (APC) Muhammadu Buhari.

But while his party was mulling challenging the outcome in court, Agbakoba had advised against such move, saying such is “not the right decision.”

However, in a statement sent to our news platform on Wednesday, Agbakoba said apart from the suspension of Onnoghen, he is also worried that no presidential election result has ever been nullified in the court in Nigeria’s democracy.

He also said he never predicted that Atiku will lose at the presidential election petition tribunal.

“Much has been made about my position on Former Vice President, Atiku Abubakar approaching the court to challenge the result of the February 23, 2019, Presidential Election. I have been misquoted to say the former vice president will lose at the Presidential Election Tribunal. That is far from the truth. I meant the former Vice President will face an uphill task, given the circumstances of challenging the Election results.”

“My initial decision to charge Former Vice President, Atiku Abubakar not to go to court is based on the fact that President Muhammadu Buhari has subverted the Supreme Court by the removal of the Chief Justice of Nigeria, Hon. Justice Walter Onnoghen and the appointment of the Acting Chief Justice of Nigeria. My perception is that we need to resolve the status of the Supreme Court. I wonder what is taking the National Judicial Council so long. I am also worried about the historical precedent, as no petition on Presidential Election result has ever succeeded.”

“As one of Nigeria’s experienced Election Petition lawyers, I know that the burden of proof to succeed in an Election Petition is unfairly huge. We first have to prove that there are electoral irregularities and in my view, once you prove this, you should succeed. Unfortunately, even if you prove electoral irregularities you will have to show how that affected the results of the Election. Remember that the gap between Former Vice President, Atiku Abubakar and President Muhammadu Buhari is about 4 million votes.”