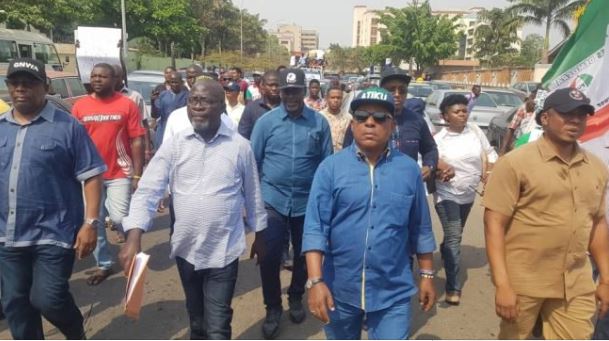 Leaders of the opposition Peoples Democratic Party (PDP) during the afternoon hours of Tuesday, March 5, stormed the office of the Independent National Electoral Commission (INEC) to protest over he outcome of the just concluded presidential election.

With heavy security presence, Naija News reports that the party members chanted solidarity songs to protest the result of the election.

Atiku Abubakar, the party’s candidate in the election, lost to the All Progressives Congress (APC), with over three million votes margin.

But the party said the election was militarized and the result had some irregularities.