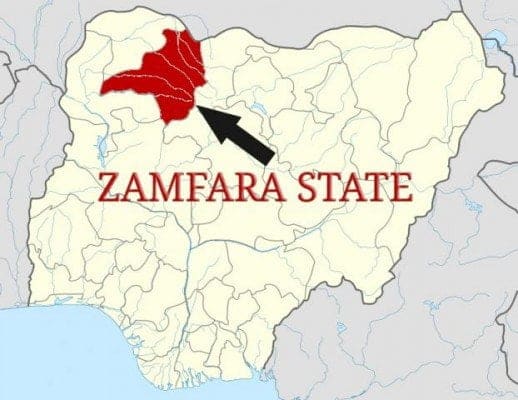 Days after the presidential and National Assembly attacks,  Bandits attacks have resumed on two communities and have allegedly claimed 40 lives in Zamfara State.

The attacks were said to have come, in less than 24 hours after Governor Abdulaziz Yari swore to deal with bandits troubling the Northcentral state. Governor Yari also directed security agencies to unmask those behind such attacks and bring them to justice.

Naija News reports that about five days ago, the Bandits struck Kawaya Village of Anka community and killed thirteen (13), kidnapping thirty in the process.

The fresh attacks occurred on Sunday afternoon in Danjibga and other communities, in Shinkafi and Anka local government areas. The bandits reportedly operated on motorcycles.

The Police Public Relations Officer in Zamfara State, Muhammad Shehu, a Superintendent of Police (SP), could not ascertain the casualty figures and the extent of damage in the affected communities.

He told reporters that a news conference will be held later on the development.

When contacted on phone Army spokesman of the Operation Sharar Daji, Major Clement Abiade, confirmed the incidents, saying the casualty figures will be released later. According to him, the commander in charge of the operation had arrived in the area to provide security and to assess the situation.