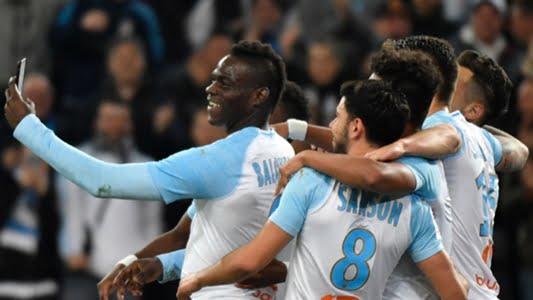 Italy and Marseille striker Mario Balotelli on Sunday scored an acrobatic volley in his side’s 2-0 win over St Etienne in the French Ligue 1 fixture.

Balotelli held off Loic Perrin and twisted his body to volley the ball home from a corner kick in the 12th minute.

However, Florian Thauvin struck the second from the penalty kick spot nine minutes later following a handball by Mathieu Debuchy.

The victory sealed a straightforward win that put Marseille fourth on 44 points, one ahead of St Etienne.

Balotelli, in his usual controversial self, had time to post his goal celebration alongside teammates on Instagram Live.

Mario Balotelli scores a bicycle kick and celebrates with his team-mates on Instagram live ?? pic.twitter.com/ZHOk82uZSy