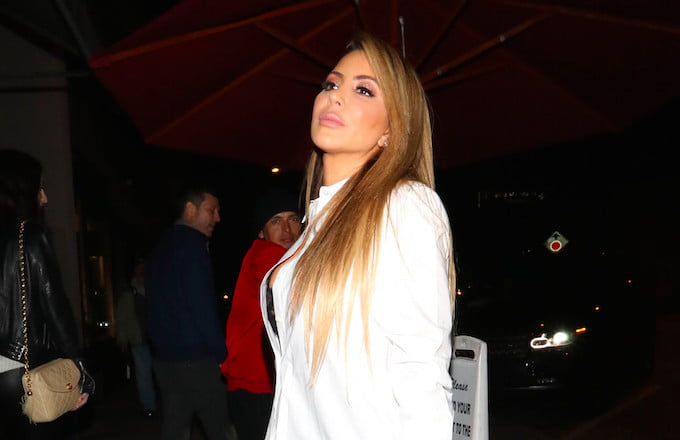 Larsa Pippen has reacted after some fans called her out for attacking Jordyn Woods over the Khloe and Tristan Thomspon drama.

Pippen had said, “can’t wait to see which version of [the] story [Jordyn] tells. Hope it’s the same she told [Khloé Kardashian] when she checked her.” before Jordyn went on Jada Pinkett’s ‘Red Table Talk’ to say her side of the story.

Some of her fans described her as a bully and reminded her that she allegedly hooked up with Future when she was still married to Scottie Pippen.

In her reaction to the call out she said;

“I’m so sick of ppl saying I’m a bully all I said was tell the truth I would tell my 10 yr old that,” she wrote on her Instagram story. “If you’re gonna be doing interviews tell the truth. I don’t handle my problems publicly I handle them privately.” She has since deleted the response.