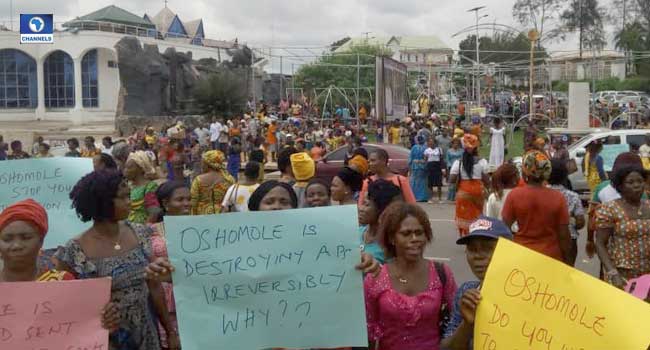 Women have in their large numbers stormed the streets of Owerri, the Imo state capital in a protest against the suspension of the state governor, Rochas Okorocha, from the All Progressives Congress (APC).

While speaking with newsmen, the leader of the group say they will resist any attempt by Adam Oshiomhole to discredit the hard work and achievement of the governor in the state.

In a similar vein, they called on President Muhammadu Buhari to call Adams Oshiomhole to order so as to avert any crisis in the state.