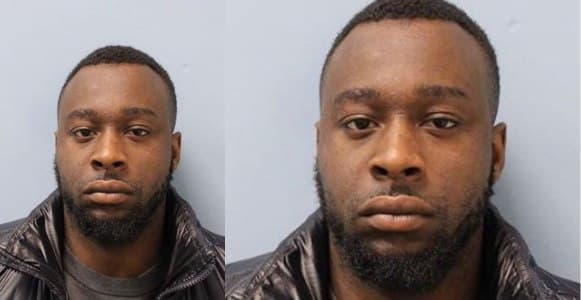 A popular Nigerian rapper has been jailed for five years in the U.K.

As security officers forced entry to his premises, Ajibola was reported to have jumped from a second-floor window and attempted to escape from officers before he was nabbed by the intelligence of the corp.

The second floor of his house was described in court as a “drug preparation factory.”

Reports reaching this News platform suggests that officers found what was later confirmed as 241 grams of high-purity cocaine and mixing agents, along with nearly 60 grams of crack cocaine, and 240 grams of cannabis. The potential street value of the drugs was in excess of £30,000.

In Ajibola’s first-floor bedroom, officers found £13,000 in cash, a custom gold pendant and chain valued at around £15,000, and high-value clothing valued at more than £10,000. All of these items were seized.

Ajibola is a popular rapper who goes by the stage name Trapstar Toxic. A music video for a song called “Out Ere” that makes explicit references to drug dealing was introduced in prosecution evidence and shown to the court.