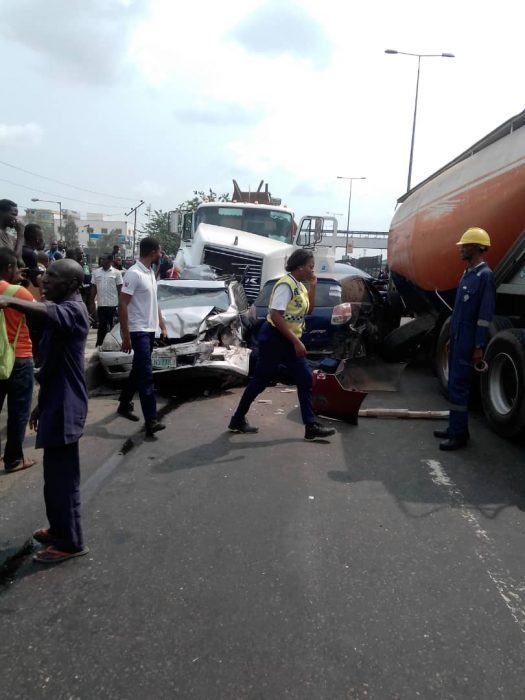 Naija News reports that the incident that occurred on Saturday, February 2, involved three vehicles in the crash.

Confirming the incident, the spokesperson of the transport authority, Hilary Mophete said the incident occurred when a careless driver skidded off the road and ran into a minibus before going further to hit another bus.

Hilary Mophete said that 11 persons died instantly when one of the buses went up in flames.

He furthered that one passenger in the first minibus including the driver also died and six people sustained minor injuries and three were severely injured.

The accident happened in Free State, a province in the country’s centre.