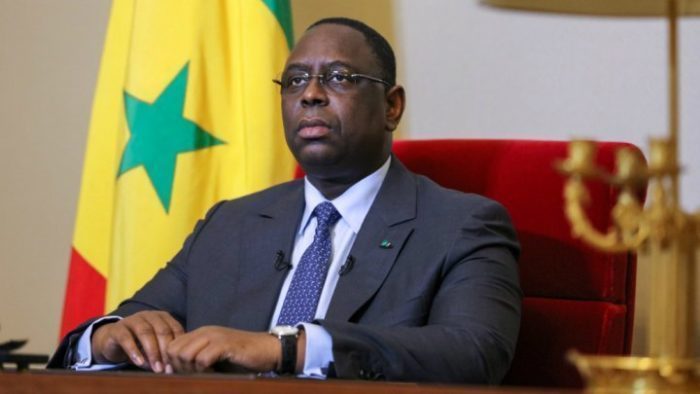 Senegal’s President, Macky Sall has been resoundingly re-elected in one of Africa’s most stable democracies.

Naija News understands that Mr. Sall won more than 58 percent of the vote in Sunday’s first round of elections, avoiding a runoff against his main challenger ex-prime minister Idrissa Seck.

But the president was accused of preventing some of his most potent rivals from running.

The four remaining major opposition candidates said they rejected the results, but did not plan to contest them because a court challenge would be futile.

Mr. Seck told reporters outside his home that Mr. Sall had “confiscated the will” of Senegalese voters and added that the president would “face the consequences before the people and before history”.

Mr. Seck took second place with 20.5 percent of the vote in his third run at the presidency. Turnout in the election was nearly 67 percent.

Mr. Sall, who took office in 2012, campaigned on pledges to boost economic growth to around 6 percent and promote major infrastructure projects, including a new airport and the building of a business-focused satellite city of the capital Dakar.

The president has tried to pitch the francophone, majority-Muslim country of 16m as an economic hub for West Africa, betting on its reputation as one of Africa’s most politically stable countries to lure investors.