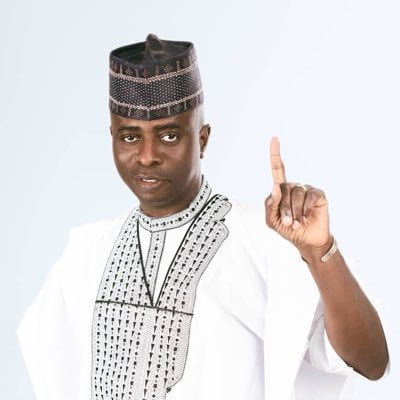 The governorship candidate of the Peoples Democratic Party (PDP) in Kwara State, north-central Nigeria, Razak Atunwa, has denied withdrawing from the forthcoming governorship election in the state.

Naija News reports that the Independent National Electoral Commission (INEC) has set March 9 for the governorship election in all states across the country.

With a week a few days to the election, news emerged that Atunwa has withdrawn from the race.

Reacting to the rumour, Atunwa described it as a “fake news” orchestrated by the All Progressives Congress (APC), Nigeria’s ruling party.

Naija News reports that the PDP governorship candidate made this allegation on the micro-blogging site, Twitter, where he noted that he would win the election.

“No doubts…[email protected]_1 is wining the Governorship race in-sha’Allah,” he wrote on Twitter.