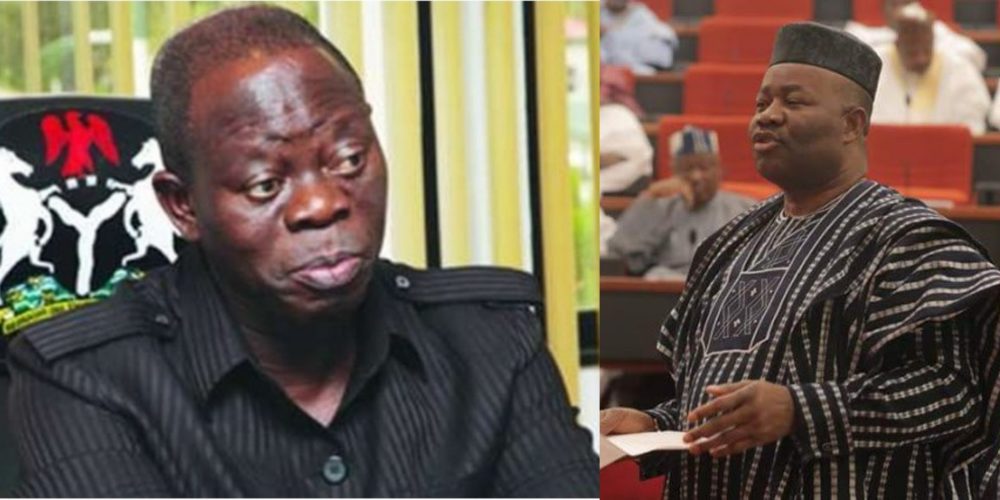 The national chairman of the All Progressives Congress (APC), Nigeria’s ruling party, Adams Oshiomhole, says the cancellation of results in some polling units in Akwa Ibom State, was the reason its candidate, Senator Godswill Akpabio, was not reelected.

Naija News reports that the APC National Chairman made this comment at a press conference on Thursday where he noted that Akpabio was “rigged out”.

This online news platform recalls that Akpabio, a former Minority Senate Leader, was seeking a second term in the Nigerian Senate last Saturday during the National Assembly election but failed to secure his senatorial seat.

The Independent National Electoral Commission (INEC) declared Chris Ekpeyong as the winner after he polled 118,215 votes ahead of Akpabio who secured 83,158 votes in the Akwa Ibom north-west senatorial district election.

Reacting to the development, Oshiomhole said Senator Akpabio was “rigged out in Akwa Ibom state” due to the cancellation of the results of many polling units in the state by INEC.

“How do you explain that INEC cancelled so many units not only in Akwa Ibom state, so many other states in other to be able to declare PDP candidates as winners. That is how senator Akpabio was rigged out in Akwa Ibom state,” Oshiomhole added.