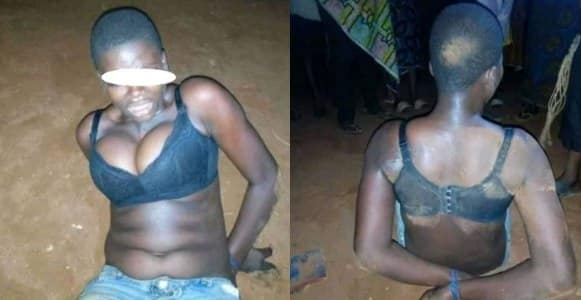 An angry mob in Edo has apprehended a female youth identified simply as Faridat, for allegedly stealing in the Etsako West Local Government Area of the state.

Naija News reports that the middle-aged Faridat was apprehended by the mob at the scene where she allegedly stole a mobile phone.

Reports made available to Naija News revealed that Faridat was apprehended with the mobile phone she allegedly stole during an operation involving herself and her boyfriend.

Upon apprehension, the boyfriend to the suspect was said to have fled the scene while Faridat was nabbed at the scene of the crime committed around 3: am, on Wednesday, February 27.

The mob later handed over Faridat to the local vigilante group in the area for possible arrest and prosecution accordingly.