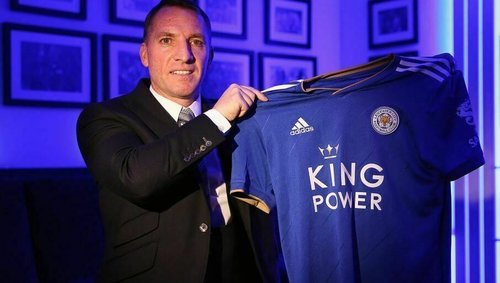 Newly appointed Leicester City manager, Brendan Rodgers, has admitted he took Celtic “as far as I could” after his appointment was confirmed on Tuesday.

The former Liverpool manager has been named as Claude Puel’s successor, signing a contract until 2022.

Having won seven major trophies with Celtic, Rodgers felt there was little left to achieve in Scottish football.

“It feels great, it’s obviously come very quickly and obviously, of course, over the last few days, but I know I’m joining a fantastic club that has grown so quickly over these last few years,” Rodgers told the club’s official website.

“I’m just delighted to be here. I think there was a number of reasons [why I joined]. I was certainly in no hurry to leave Celtic.

“Celtic is a club that’s a huge club worldwide, a renowned club, and I loved working with the players there.

“We were on a journey of great success over these last years but when the opportunity came to talk to Leicester and I was able to analyse it, it allowed me to think that I’d probably achieved and taken the club may be at Celtic as far as I could at this moment.

“The opportunity to speak with Leicester and find out their ambitions and where we can grow the Club and the training facility. Of course, the big attraction for me is working with the players.

“It’s a young squad, a very dynamic squad, it’s got huge potential and you’ve got some of the players with good experience also. There was a number of factors in being here and, as I say, I’m absolutely delighted.”